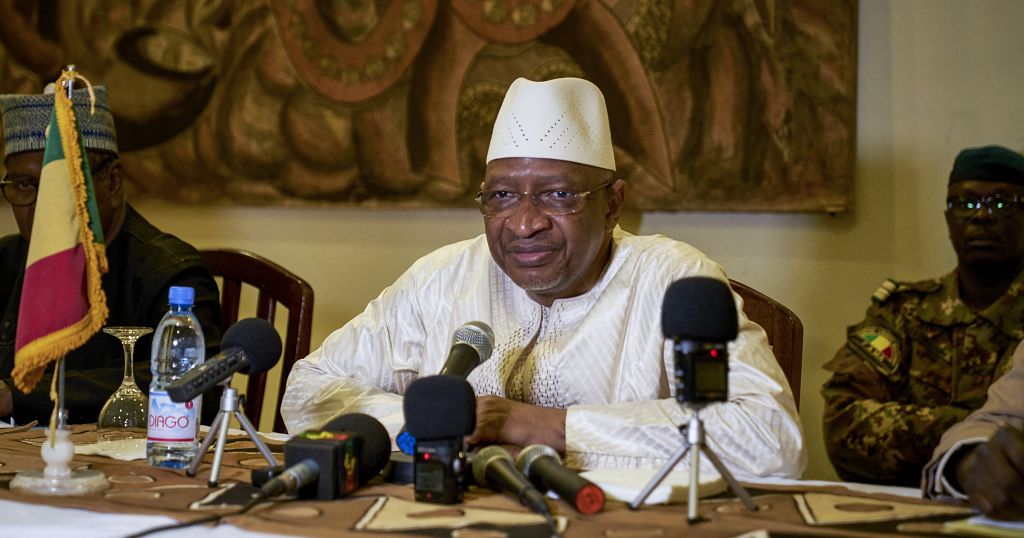 Family and relatives of Mali’s former prime minister Soumeylou Boubeye Maiga gathered at his house to pay their respects after the the news of his death broke out. Maiga, 67, who was being held on suspicion of corruption, died at a Bamako clinic surrounded by guards.

Silence and tears filled the courtyard in the home of late Soumeylou Boubeye Maiga, on Monday.

Politicians and relatives of Mali’s former prime minister prayed and paid they respects to the widow of the Malian political figure.

“He was a sort of meeting point for all those who came, Tiegoum Boubeye Maiga the brother of Mali’s former PM says. A great man has died, a great statesman. To see today his former comrades of the Adema party who are today in the RPM , to see his former comrades of the Democratic Movement who are in other political groups visit him, paying respect to him… It means he indeed died on the battlefield.“

Maiga was a high-profile political figure in recent decades. After his ally late president Keita, was overthrown in 2020, Maiga was questioned in connection with the allegedly fraudulent purchase of a presidential plane and arrested.

He was questioned in connection with the allegedly fraudulent purchase of a presidential plane in 2014, when Maiga served as defence minister. Mali’s government auditor investigated the purchase and found that officials had embezzled public money by overbilling for the plane. Starting on August 2021, Maiga was imprisoned in a Bamako detention centre. His deteriorating health enventually got him transferred to a clinic.

“He was determined to have his honour and dignity cleared, Tiegoum Boubeye Maiga explains. He died in a very atrocious way. Since December, as I said in the past, one was under the impression that it was a planned assassination. Either they wanted to kill him or make him disabled for life.“

Despite repeated pleas from his families, the lastest of which was an open letter penned by his wife- Binta Yatassaye Maïga- in February, the former PM was not allowed to pursue treatment abroad.