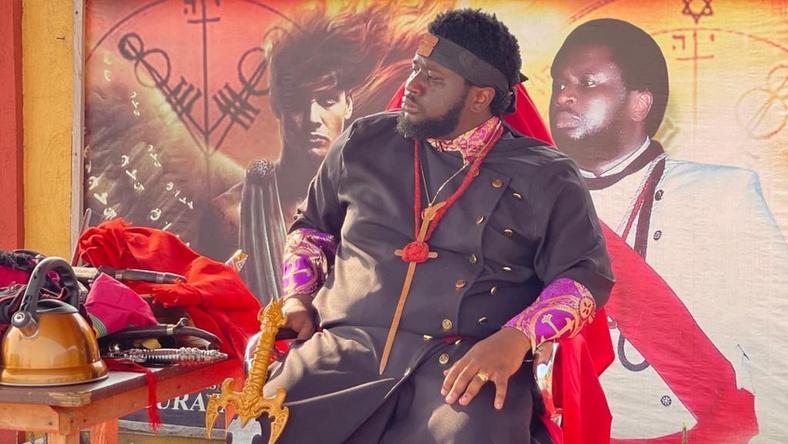 According to the spiritual leader of his Ajagurajah Movement, a top Ghanaian rapper is married to a demigod. In a video seen by pulse.com.gh, he explains that the rapper’s career is only booming simply because of the woman he is married to.

“The wife is a demigod and I will never stop saying it. It has become a debate among people trying to figure out who” he Ghanaian blogger Zion Felix during an interview and added that “he likes wearing dark shads“.

Ajagurah however refused to mention the name of the said rapper but emphasized that “you will never hear of his wife” He also disclosed that the day the said rapper will divorce his wife, his career will collapse.

“The day he will leave his wife, he will go back to square one. If he thinks I am lying, he should try. It is the girl’s spirit that has seen reach where is now,” he said.

According to Bishop Kwabena Boakye Asiamah, even on any day, the rapper gets involved in an issue or serious disagreement with the wife at home, something bad happens to him that sees him having trouble on social media for people to insult him.