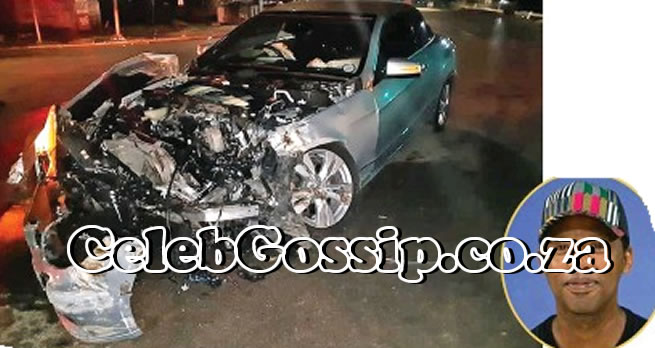 What was supposed to be a celebration for fashion designer Ephraim Molingoana turned into tragedy when he got involved in a car crash.

Molingoana was on his way to show his brand new car to his mother. The vehicle was written off. 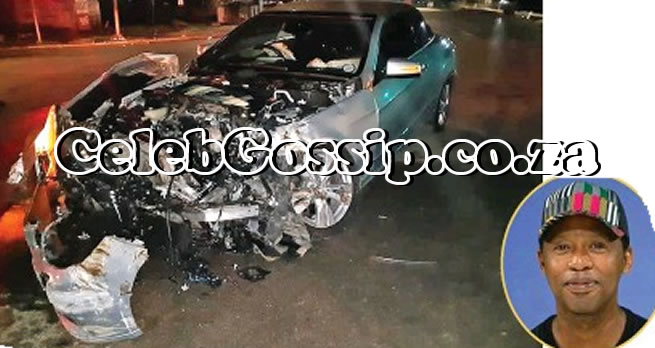 Molingoana, the owner of clothing brand Ephymol, said he was taking his Mercedez-benz home to his family in the Vaal last Friday to surprise them with the car and to get their blessings when a bus allegedly drove into him.

He had bought the convertible to celebrate his 50th birthday.

Describing his anguish about the accident that happened just five minutes away from his mother’s house, he said: “This was a gift to myself in celebration of this milestone and the opening of our Sandton store.

“I’m so devastated because I had just bought this car just last week and it did not last a day.”

He revealed that when the police arrived on the scene, the bus driver allegedly claimed that the fashion designer was drunk.

“I told him that I couldn’t have been drunk when I don’t even drink alcohol. He said that I could have passed a red light.”

He said the police refused to mark the accident scene until metro policemen arrived.

“They took blood samples of myself and a friend I was driving with. We went to the lab for the tests and then back to the scene,” he explained, adding that his body is still in pain.

“I had to go to the clinic because my back and other parts of my body were in pain.

“My mother was so traumatised by this ordeal so much that she became emotional when she saw me alive. She was upset and hurt that I lost my gift, in fact, the entire family was sad,” said the designer.

The accident was reported at Sebokeng police station on October 26. Gauteng police spokesperson Kay Makhubele said they are investigating a case of reckless and negligent driving.