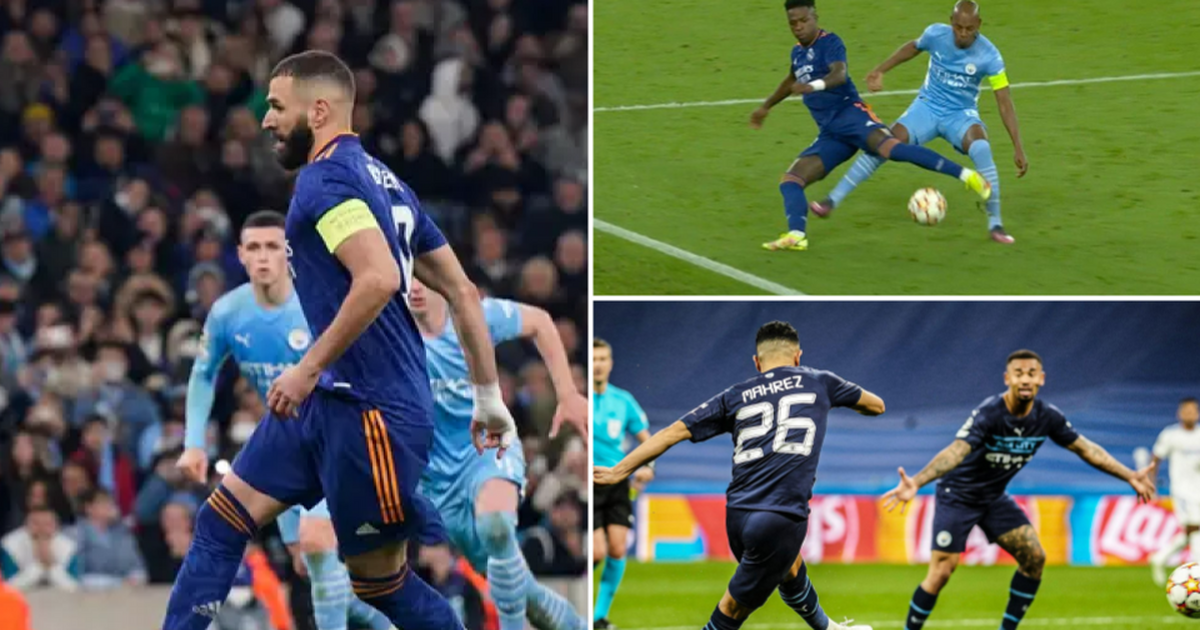 While both Liverpool and Real Madrid will now turn their attention to May 28th’s final at Saint-Denis’s Stade de France, we cast our minds back on the five most beautiful goals from four nights of football, filled with lots of tension.

With Madrid 4-2 down in the first leg, Carlo Ancelotti’s side won a penalty to pull another goal back. And, up stepped Benzema, executing a cold-blooded ‘panenka’, confidently fooling Ederson to make it 4-3 at the Etihad in their first leg with Manchester City.

Having trailed Villareal and levelled the scores to 2-2, Sadio Mane sealed victory for Liverpool over the Yellow Submarines by running solo into an empty Villarreal half, beating an oncoming Rulli and, taping into an empty net for a 3-2 win.

Mahrez broke the deadlock in the second leg at the Bernabeu to give City a 1-0 lead and hopes of making the final. The Algerian received a pass from Bernardo Silva and finished it off by sublimely slotting it past Thibaut Courtois with a powerful shot at the near post, however, his goal only was the start of a long night for the Cityzens.

Silva scored City’s final goal in the first leg which saw seven goals at the Etihad. The Portuguese pounced on a loose ball inside the box and struck it with his dominant left foot into the top left corner.

Perhaps the best goal of the entire round. With Madrid trailing 3-1 in the first leg, Vinicius received a pass from Ferland Mendy at the halfway line and sold Fernandinho a dummy. He then sprinted towards Madrid’s goal where he beat Ederson with a superb strike from inside the box.