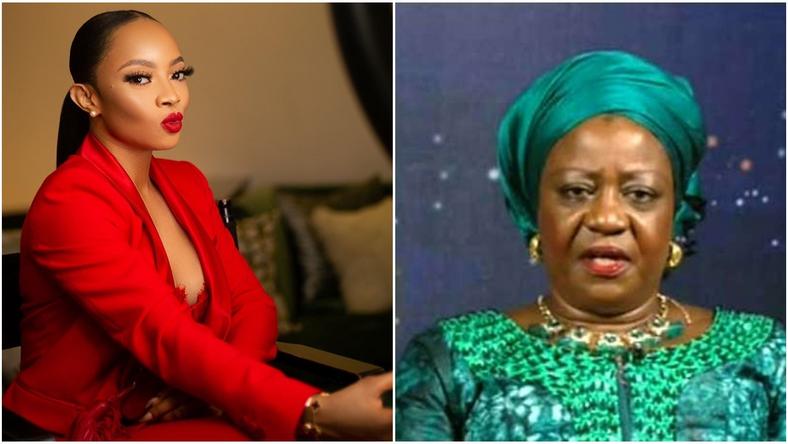 In a series of tweets posted via her Twitter page on Thursday, November 20, 2020, the multi-talented On-Air personality wondered how Onochie went from being a government critic to a poster girl for what she once stood against.

“I will sincerely love to ask Aunty Lauretta what changed? Like, how did she go from criticizing the government to blindly forgetting the side she once took, is this how it works? Wow,” she tweeted.

“Honestly it is sad, sad how they use us to garner votes with empty promises to do better and once they get there, they forget. We need to sensitize the general public and educate the grassroots, if they cannot be bought we can stand a chance because ko ye mi mo o.”

It would be recalled that Onochie had accused the American news agency of lying in its documentary.

CNN in its documentary had given a detailed breakdown of what happened on the night of the shooting at the Lekki toll gate.

They also revealed that the bullets used by the security operatives during the shooting were bought from Serbia by the Nigerian government.

The Nigerian government has since denied the allegations insisting that sanctions might be placed on the American news network, calling it a poor piece of journalism that relied on unverified videos and testimonies.