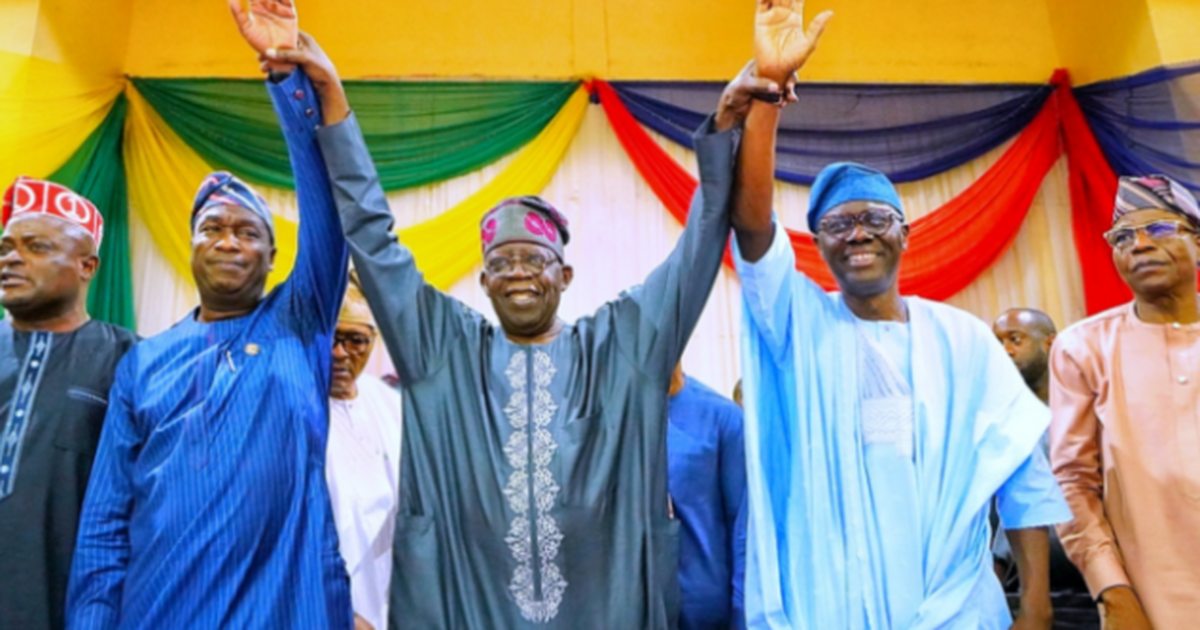 The former governor of Lagos and other members of the state chapter of the party threw their weight behind Sanwo-Olu on Friday, May 6, 2022, to continue to govern the state with his deputy, Obafemi Hamzat for another four years.

In a video posted on social media on Friday, Tinubu was seen raising the hands of Sanwo-Olu and Hamzat to signify his support for their second-term bid.

It would be recalled that the Governor’s Advisory Council (GAC), which is the highest decision-making body for the ruling party in Lagos State expressed its support for Sanwo-Olu’s second term in April.