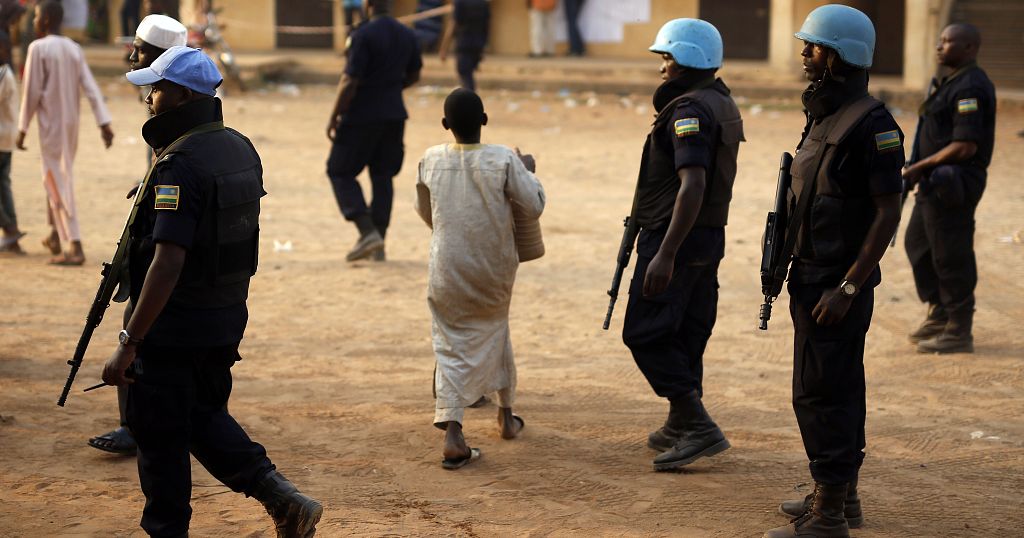 He struck a defiant tone, urging people to vote in presidential and parliamentary elections on Sunday despite rebel violence in the countryside.

“You Central Africans, be vigilant, let’s join hands with our soldiers, join hands with Minusca (UN mission), join hands with other countries: the Russian Federation, Rwanda, and all those who help to strengthen our security. What I’m telling you is, all the fighting being done to come to the capital, we must oppose it, we must say no, so that this Sunday, the 27th, get up, don’t be afraid, go choose the one you want, choose your president to prevent them from reaching their goal”, said the 63-year-old technocrat who is seeking re-election.

On Friday, the UN mission in the country said three Burundian peacekeepers were killed by armed men in the central and southern regions of the country.

Opposition candidate Anicet Dologuele doubted the electoral commission’s ability to hold a credible vote amid the escalating violence, calling for the exercise to be postponed.

“Despite claims that I hear here and there, I don’t think that it’s possible for the ANE (National Election Authority) to deploy all the material to the 5,400 polling stations. We will end up with a completely flawed organization, and organization was already a problem. Now when you add the security concerns and the fact that in every city there are armed groups preventing the process, I think it’s wiser to consider postponing the elections. If there is a vote Sunday, they must vote en masse to drive out Touadera (incumbent President), and so I will set the example”, said Dologuele, candidate of the MCN party.

‘We march on Bangui’

A rebel coalition that has been fighting the government in the Central African Republic said Friday it was calling off a three-day ceasefire ahead of a tense general election at the weekend.

The rebel groups launched an offensive a week ago threatening to march on the capital Bangui, in what the government described as an attempted coup, but their progress was halted with international help.

The Coalition of Patriots for Change (CPC) then announced a brief truce before presidential and legislative elections on Sunday which are seen as a crucial test for the troubled country.

But the CPC said in a statement Friday it had “decided to break the 72-hour truce it had imposed on itself and resume its unrelenting march towards its final objective” — taking the capital.

In the statement, which was confirmed to AFP as authentic by two of the six groups in the coalition, the CPC said that it made the decision “faced with “the irresponsible stubbornness of the government”.

The ceasefire’s signatories had “invited the authorities to observe the ceasefire over the same period” and called on President Faustin Archange Touadera to suspend the election.

But government spokesman Ange-Maxime Kazagui dismissed the ceasefire on Thursday, saying it was “a non-event” and that “we haven’t seen these people stop what they’re doing”.

The CPC said the government had “cavalierly rejected” this “chance for peace”.

The authenticity of the statement was confirmed by two of the main armed groups in the coalition — the 3R and the Popular Front for the Rebirth of Central Africa (FPRC).

On Thursday, the UN rushed in several hundred soldiers from neighboring South Sudan to help secure the vote.

Earlier, Rwanda and Russia had deployed hundreds of troops at the request of Bangui to help stop a ‘coup’.

Touadera has had to engage in a tricky balancing act with the armed groups since he first took office.

In February 2019, he signed a peace deal with 14 militias, in which their chiefs were offered government positions.

The accord helped to support a decline in violence that had begun the previous year, although bloodshed remains an ever-present threat.