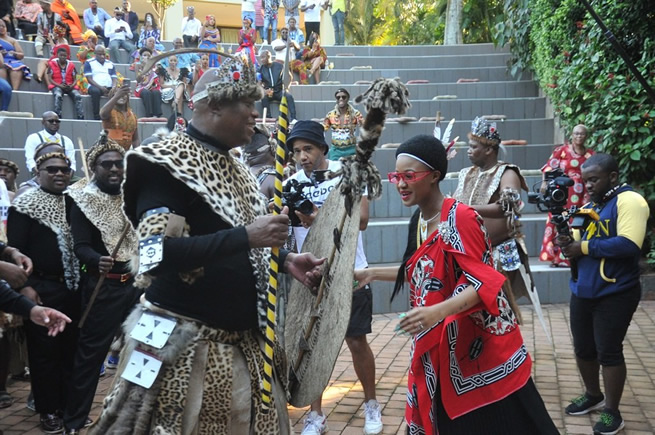 Babes Wodumo and Mampintsha are finally husband and wife!

The controversial qgom stars put Durban to a stand still with their traditional wedding today.

The two whose real names are Bongekile Simelane and Mandla Maphumulo tied the knot in their traditional wedding held at Ebandla hotel, Ballito in Durban, KZN. 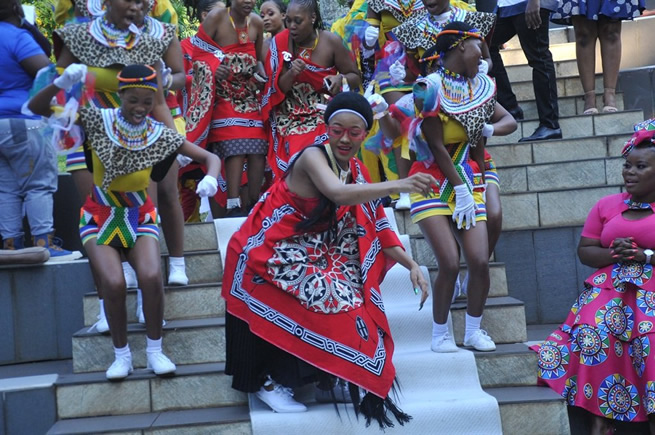 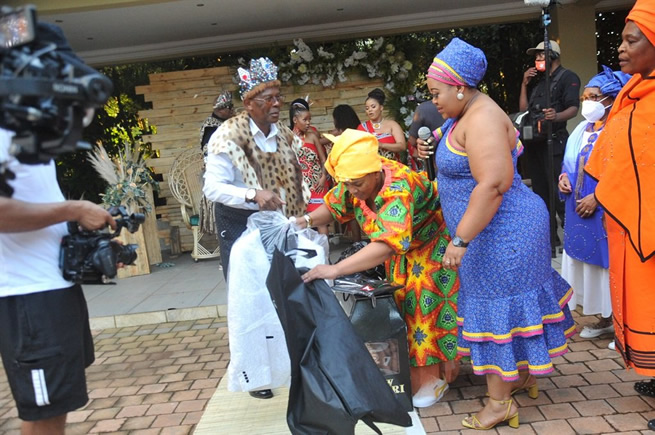 The newlywed couple was not allowed to speak to the media as all rights have been sold to Showmax channel which will broadcast on their upcoming show called Uthando Lodumo.

The famous Bishop Vusi Dube blessed them as a husband and wife and wished them well on their journey.

DJ Tira who discovered Mampintsha and Babes in music industry congratulated them and challenged other artists like Lvovo, Danger and DJ Bongz to also get married.

“I’m happy that we gathered together here celebrating the love of this couple. Weddings are rare now as we normal attend funerals of our loves ones. All to thanks to the Big Nuz music video for their single Hawaii, because that is where Babes Wodumo was first featured. That is where the couple met and started their love relationship,” he said.

Their relationship has not been a walk in the park as their couple’s spats have been made public but in the end love has won.