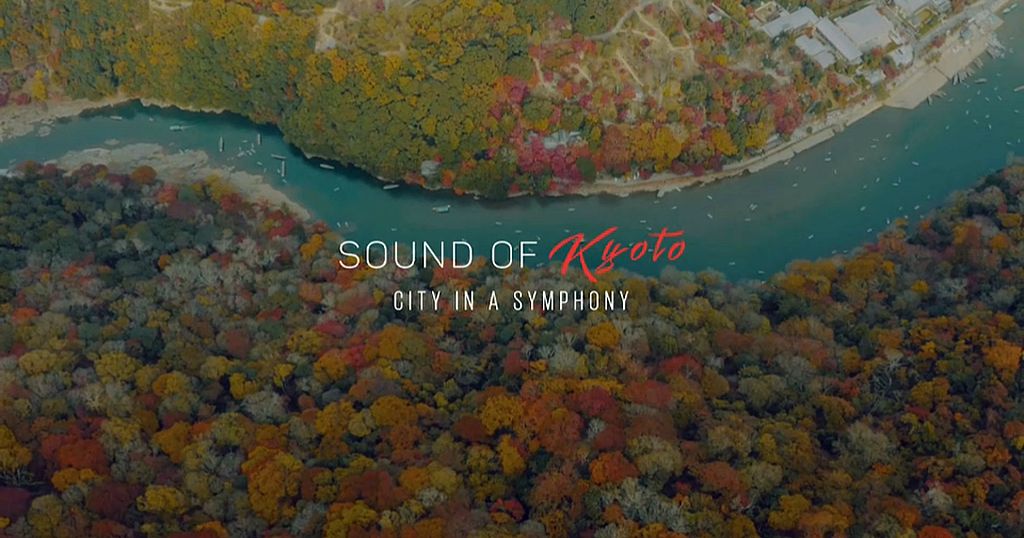 Kyoto. The Imperial capital of Japan. The cultural and historical heart of a nation. An area full of sounds, traditions and ancient secrets.

Cypriot composer Marios Joannou Elia has been commissioned by the Agency for Cultural Affairs of the Government of Japan, the city of Kyoto and Kyoto Art Centre to create an audiovisual portrait of this stunning place.

He has achieved this via the ‘Sound of Kyoto’ — a film concert that shows the poetry of nature, the rituals of the people and the contemporary life of a vibrant city.

Marios Joannou Elia shares his approach to the project.

“Kyoto for me is Japan in a nutshell. You can not only experience all these traditions that the people there try to keep and respect, but you can enjoy them (traditions) in their authentic form, as they struggle to preserve them at all costs.

“At the same, as for the sound, you can discover it in their daily life and it is so poetic and important. Everything in Japan is connected with sounds.”

The Cypriot composer spent months in the entire Kyoto area — exploring its essence and unveiling its sounds.

Filming was done in autumn as it is the most colourful season in Japan — in Kyoto, in particular.

The entire region sets the scenery and the stage for this special performance — enabling the audience to hear the voice of the city.

The composer shares more detail into the creative process of the project.

“The idea behind this project is a personal concept concerning the activation of a whole city. At the same time, I try to encompass its heritage, culture and richness.

“I think, and many critics also believe the same, that I present the specific city and area as a naked portrait.”

The ‘Sound of Kyoto’ includes 18 compositions of music and video — with 18 music groups participating in this project.

43 institutions and 1650 sounds of Kyoto have been recorded.