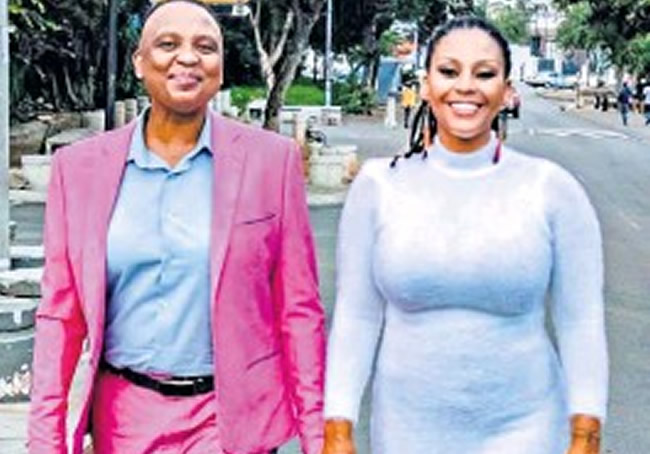 Former Generations: The Legacy actress Letoya Makhene and her wife Lebo Keswa have allegedly been attacked and assaulted by the the thespian’s baby daddy in Glenvista, Joburg a fortnight ago.

Letoya, who played Tshidi Phakade in the popular soapie, was allegedly assaulted with open hands while Keswa was punched several times by the baby daddy, Tshepo Leeuw, who was allegedly egged on by his family. Their luxury cellphones were also damaged during the attack.

The two lovebirds also alleged that Leeuw and his family members wanted to chop Keswa with an axe when she was lying down on the ground protecting herself from the heavy blows which were raining on her body.

Keswa and Makhene have since opened a case of assault at the Mondeor Police Station.

In a police statement, Keswa said their driver, Lawrence Maake, went to fetch the actress’s child from Leeuw’s house in the south of Joburg on June 5.

“He then started attacking me and was joined by his family members. My body is bruised and I might need to have a surgery on my mouth because I have scars for days.

“According to my doctor after seeing the results, he feels we shouldn’t have opened an assault case but an attempted murder,” she said. She said Leeuw and his family broke her iPhone 8 and Makhene’s iPhone 11.

Keswa’s version was corroborated by Makhene.

“My wife put down the groceries on the floor and told him that we do not need them. We had to drive back to bring the groceries because our driver said he was being attacked when he refused to take the groceries as we had instructed him. Leeuw opened the door and asked why the groceries were brought back, he then dragged my wife out of the car and started beating her so brutally that I started shouting, asking him to stop. When I released that shouting to stop was not enough, I went out to try and protect my wife. His uncle, mom and aunt had joined him as they stumped on her head and kicking her body. I went out to cover her as his mom was shouting ‘get an axe! Get an axe!’ I was scared for myself and my wife.

“We were both injured as a result, he had always been abusive. This is why I have always told the judge that I do not want my address or my contact details known to this man, he is dangerous and I am trying to protect myself, my wife and our children from this brutal man and his brutal family,” she said.

Makhene also alleged that Leeuw had previously attacked her father, singer Blondie Makhene, and her 99-year-old grandmother after demanding to speak to her.

“This is a behaviour motivated and supported by his parents who have hated me and my calling ever since they knew about it. I was not shocked that they all came in to assault us,” she said.

Gauteng Police Spokesperson Mavela Masondo had not replied to our questions at the time of publishing. His comments will be added to story as soon as we receive them.