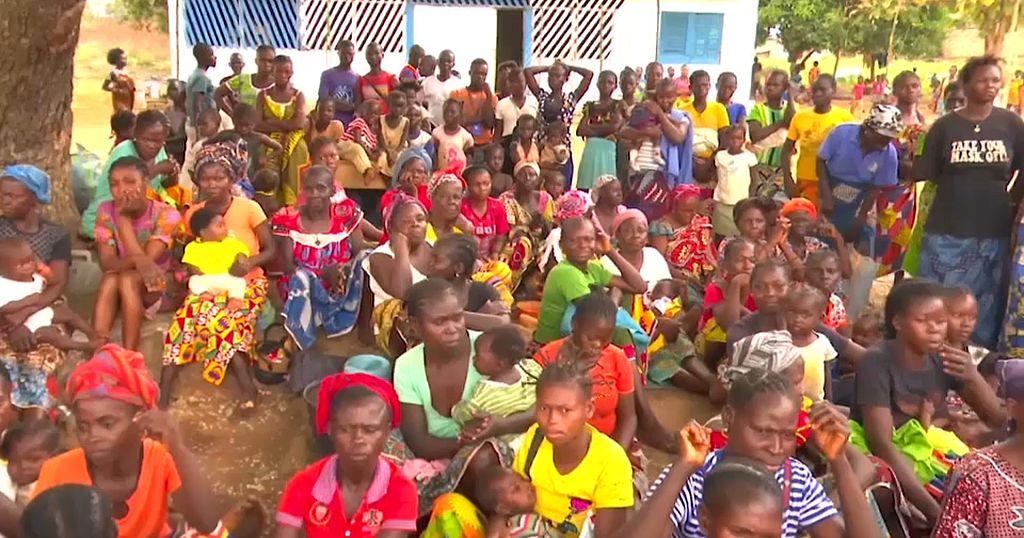 Some 2,000 displaced people in the Central African Republic are seeking refuge at a school in the capital Bangui as violence rips through the country following the presidential elections.

“We, women, suffer a lot,” said Sonia, a resident of Zado village, who is living with her family in the shelter.

“There is no drinking water, we have serious health problems, and we are afraid to return home because the rebels are scattered everywhere. We want peace,” she said.

Before the December 27 vote, rebels who control two-thirds of the country carried out an offensive to try and blockade the capital and they continue to strike the highways.

The number of displaced people had dramatically increased since then.

According to the latest report by the United Nations, 200,000 people have fled their homes in less than two months.

While tens of thousands moved to the Democratic Republic of Congo, Cameroon and other neighbouring countries, about 100,000 were displaced inside the country.

Most of the families in the Ophuet Boigny school were residents of Zado and other regions in the outskirts of the capital of the country until January when attacks of rebel groups forced them to flee and seek refugee in Bangui.

“Look where we sleep, it’s like if we are sheep. It is not our will to be here, we want peace so we can go back home and do our work,” said Francine, a displaced person who did not give her last name.

The country has seen a string of coups and wars since 1960, the last in 2013, when former president, Francois Bozize was ousted.

According to Emmanuel Lampaert, head of the mission at Medecins Sans Frontieres (MSF) in the Central African Republic, many are fragile from past conflicts,

“These populations that have been displaced in the past are marked by psychological trauma over and over again, they are confronted to peaks of violence and they are forced to flee their home and where they have their own yeah, kind of activities that generate revenue,” he said.

According to the UN, 2.3 million people are already projected to need food, while rapid assessments are showing “alarming figures of severe malnutrition among the newly displaced.”

Bozize and his allies have been accused of inciting the latest violence, which erupted after the constitutional court rejected his candidacy to run for president in December.

President Faustin Archange Touadera won re-election in December to a second term with 53% of the vote, but he continues to face opposition from forces linked to Bozize.