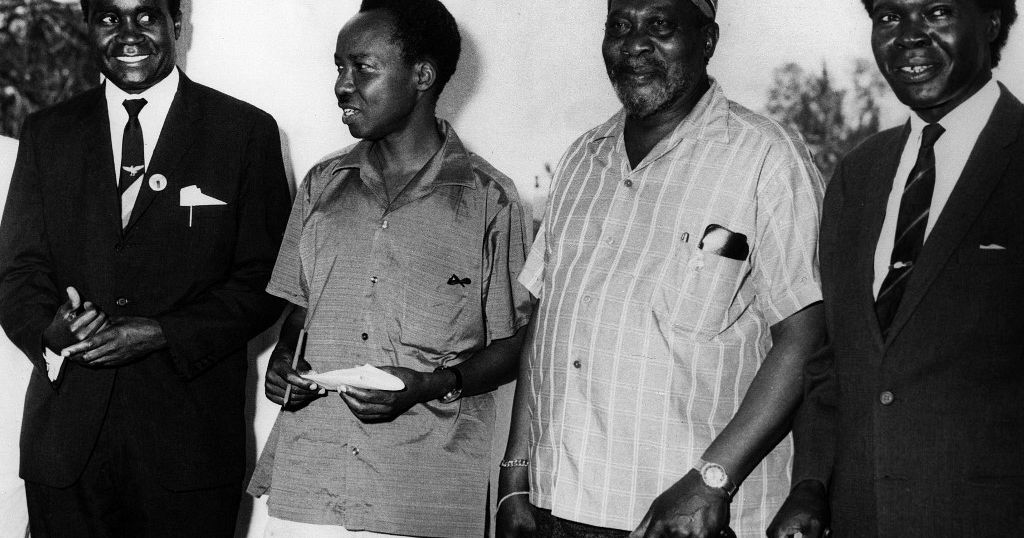 Former Zambian President Kenneth Kaunda, who died Thursday at the age of 97, was the last surviving “father of independence” in sub-Saharan Africa.

Nicknamed “the African Gandhi” for his non-violent independence activism, he became the first president of independent Zambia in 1964.

He ruled the country for 27 years under a one-party regime. In 1991, after violent riots, he accepted free elections and was defeated. He was not the only one to remain in power for a long time.

A socialist and Moscow-like figure Keneth Kaunda collectivized farms and nationalized the rich copper mines and other key industries, much to the dismay of foreign owners.

But mismanagement, debts and falling copper prices eventually thwarted the “Zambianization” of the small country and led to a severe economic and social crisis.

In 1986, hunger protests shook the “Copperbelt”, the mining region north of Lusaka, and his popularity declined in the country. Describing himself as a “Christian humanist”, Kenneth Kaunda was one of the strongest opponents of the racist apartheid regime in South Africa and provided a solid base for Nelson Mandela’s African National Congress (ANC), which organized the armed struggle against white rule from Lusaka.

Kenneth Kaunda also actively supported liberation struggles throughout southern Africa. In 1990, violent riots against a background of growing authoritarianism forced him to resign himself to a multiparty system. He lost the first democratic elections in 1991 to the trade unionist Frederick Chiluba. “That’s what multiparty politics is all about, one day you win elections, one day you lose them, it’s not the end of the world,” he had said on television, the day after his defeat.

This wisdom in defeat is not shared by other fathers of independence. Some even went astray, affected by the wear and tear of power or forced to leave. Some examples are listed below:

Born in 1909, he fought both for the independence of the British colony “Gold Coast” and for pan-Africanism, advocating the creation of the “United States of Africa”. Prime Minister at independence in 1957, he became President of Ghana in 1960 and imposed a real personality cult, calling himself “the Osagyefo” (“The Redeemer”). Deposed in a coup d’état in 1966, he died in exile in Romania in 1972.

The only African nationalist leader to have said no to the referendum on the Franco-African community proposed by Charles De Gaulle, he ruled Guinea with an iron fist from its independence in 1958 until his death in 1984 in the United States.

The first President of Senegal in 1960, he was nicknamed the poet-president. He left power voluntarily 20 years later, before retiring to France, where he died in 2001 at the age of 95. Like other key actors of decolonization in French-speaking Africa, Léopold Sédar Senghor had participated in French political life, while militating for the emancipation of his country.

Former French deputy and minister, he led the Ivory Coast from independence in 1960 until his death in 1993. He was known as “The Old Man” and was one of the pioneers of the struggle for African emancipation.

This former teacher, who became the first African vice-president of the French National Assembly, proclaimed the independence of the former French Sudan on September 22, 1960, which became the Republic of Mali. He took over the presidency and initiated a socialist policy. He was overthrown eight years later by Lieutenant Moussa Traoré and placed in detention, where he died in 1977.

In 1954 he founded the independence party Tanu (African National Union of Tanganyika). A supporter of African-style socialism, the founding father of Tanzania, nicknamed “The Teacher”, led the country from 1961 to 1985. He left power by himself and died in London in 1999.

57 mins ago A. Doris Ehujuo