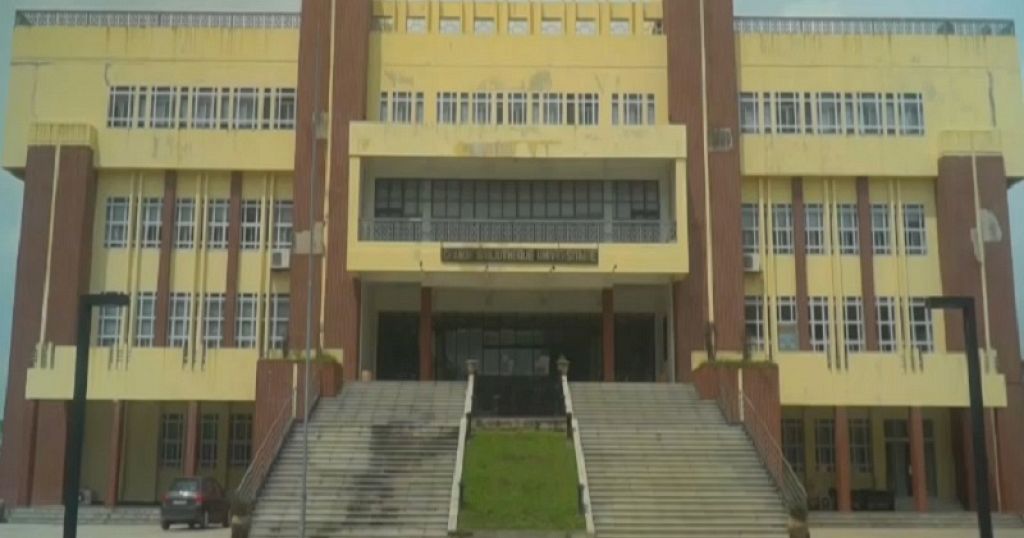 The Marien Ngouabi University Library in Brazzaville, from the works of the Congolese Tati Loutard to those of Alain Laurent Aboa, African authors live in the shadow of their Western and even their Asian counterparts.

A local student at the university shares what the locale means to him, “This is where I learn Chinese and the library you see here is full of Chinese books written in French and English. Translated when I need something from the words I can’t find or the expressions I come here to recharge my batteries in this library.”

So how does one give life to this plethora of African literary minds and their various works? By creating the African Writers’ Day — which celebrates its 28th year in 2020.

Mukala Kadima, a Congolese writer, poet and literary critic, shares his position on the annual event, “These days because it brings people from all over the world, other writers, there is, therefore, a meeting and at the same time there is an exchange and this allows us to better know the African writers who are generally isolated, we here in the Congo celebrate Henri Djombo for the quality of his work and for his humanism. This makes the authors known.”

Authors agree that the African Writers’ Day has paved the way for several publishing houses on the continent — with co-publications increasingly seeing the light of day.

A local political official, reflects on the impact of African writing on the society within the global Congolese region, “In the 1950s, it was indeed the writers who propelled the demand for rights, it was indeed Léopold Sédar Senghor, Camara Laye and many others who propelled these demands. They put into the texts what could be more easily disseminated. As far as the DRC is concerned, Lumumba did not have a great education but read a lot about freedom from Marx, from the great authors, he read Montesquieu, and in the end, he considered freedom to be above our considerations, hence the texts.”

Famous writers who make a living from their art, this is certainly a freer era for the African continent.

Another Congolese political figure, Henri Djombo, shares his position on the matter of livelihood for African writers, “The question of publishing, distribution, bookshops and many others deserves to be resolved, of course, and one day artists will live off their art.”

Our Africanews correspondent on the ground reminds us that “Writing is freedom” — as Central African storytellers say. And in order for these literary works to not be in vain, the African Writers’ Day must become an institution.