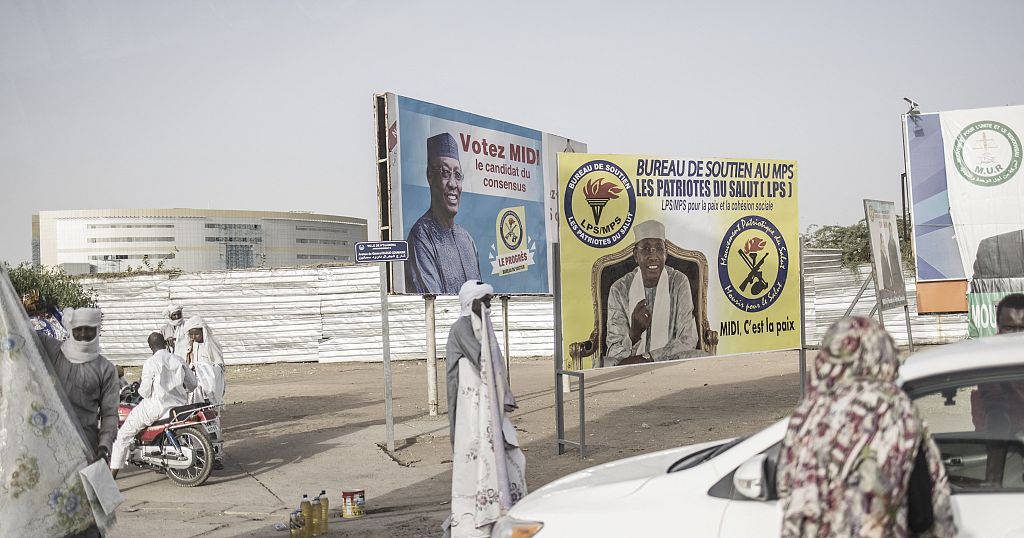 President Idriss Déby Itno, who had just been elected for a sixth term, died of his wounds while commanding his army against the FACT rebels. In N’djamena, after the death of Idriss Déby Itno, a transitional military council led by Mahamat Déby took power.

Confident and reassuring were the watchwords of President Idriss Déby Itno on 11 April in Chad, except that during this presidential election, the rebels of FACT, the Front for Change and Concord in Chad, were conducting offensives in the north of the country in the province of Kanem, more than 300 km from the capital N’djamena. Worried, Idriss Déby decided to invite himself to the front line, as our Africanews special correspondent Joël Honoré Kouam explains.

After the elections, the day after the news began to flow, we learned that the rebels were already taking towns in the north of the country and according to other information we had, still according to corroborating sources, when they passed through the towns, the soldiers laid down their arms and followed them, there was not much resistance. This is the reason why President Déby took the lead, saying that by taking the lead, he could prevent the disorder from reaching N’Djamena.

A curfew is in force in Chad, the country has closed its borders with its neighbours, and the transitional military council has dissolved the government and the national assembly and announced a period of 18 months before new elections are held. A coup d’état according to several observers, as the constitution in its articles 81 and 82 requires that power be transferred to the president of the National Assembly.

Other information reached us this morning, notably with other columns of rebels, who threatened to arrive on the capital because they consider the death of Déby as a victory, it is a question for them to arrive in the capital, the situation remains tense

France has lost a key ally in the fight against terrorism in the Sahel with the death of Chadian President Idriss Déby Itno, French Defence Minister Florence Parly said on Tuesday, while assuring that the anti-jihadist fight in the region is not over.