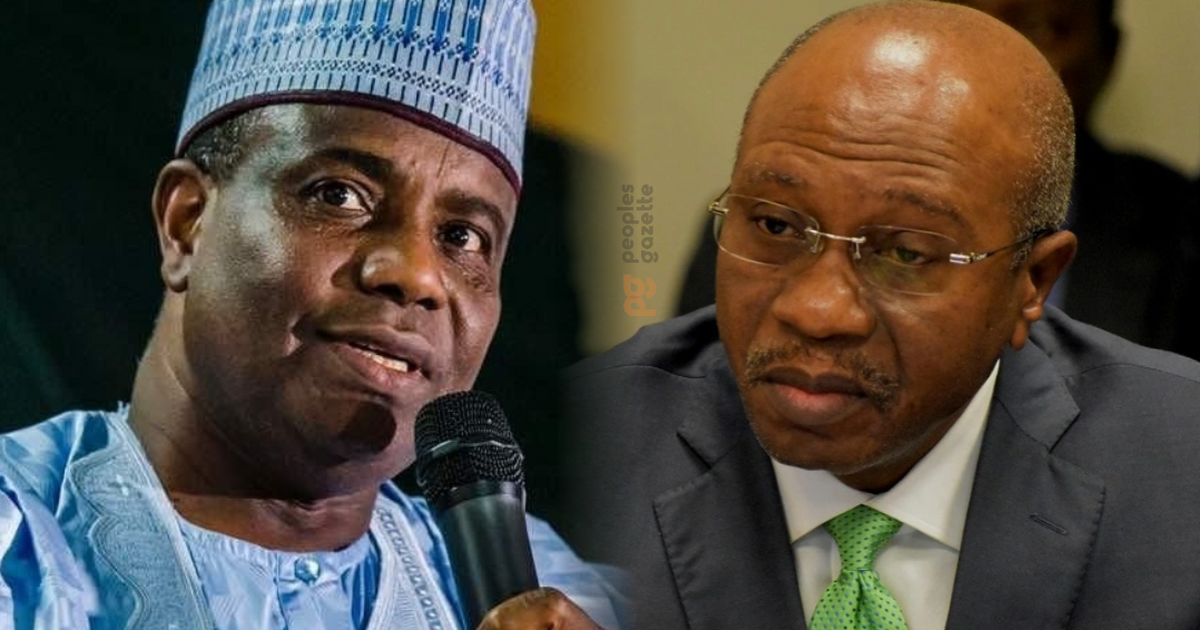 The governor said that Emefiele’s continued stay in office, after openly identifying himself with a political party, should not be encouraged.

The News Agency of Nigeria (NAN) reports that three interest groups had purchased the All Progressive Congress (APC) presidential nomination and expression of interest forms for the CBN governor.

However, Emefiele, while reacting through his verified twitter handle, on Saturday rejected the forms.

He said that, should he decide to contest for the political office, he would prefer to use his personal resources.

Speaking further, Tambuwal told the delegates that he would respect a consensus arrangement of the party for the presidential slot, if done fairly.

He commended Gov. Darius Ishaku of Taraba for holding the party’s flag high in the state, through the provision of infrastructure and ensuring relative peace in the state.

He expressed satisfaction at the warm reception and support he received from delegates in the state.

In his response,Ishaku said that the country needed a competent leader, who would harness the abundant resources of the state and ensure the security of lives and property.

The governor said that given the rich endowment of the state, a serious president should focus on the state alone and create massive wealth for the country outside crude oil.

He called on all politicians to play the game by the rules, to avoid a total breakdown of law and order across the country.