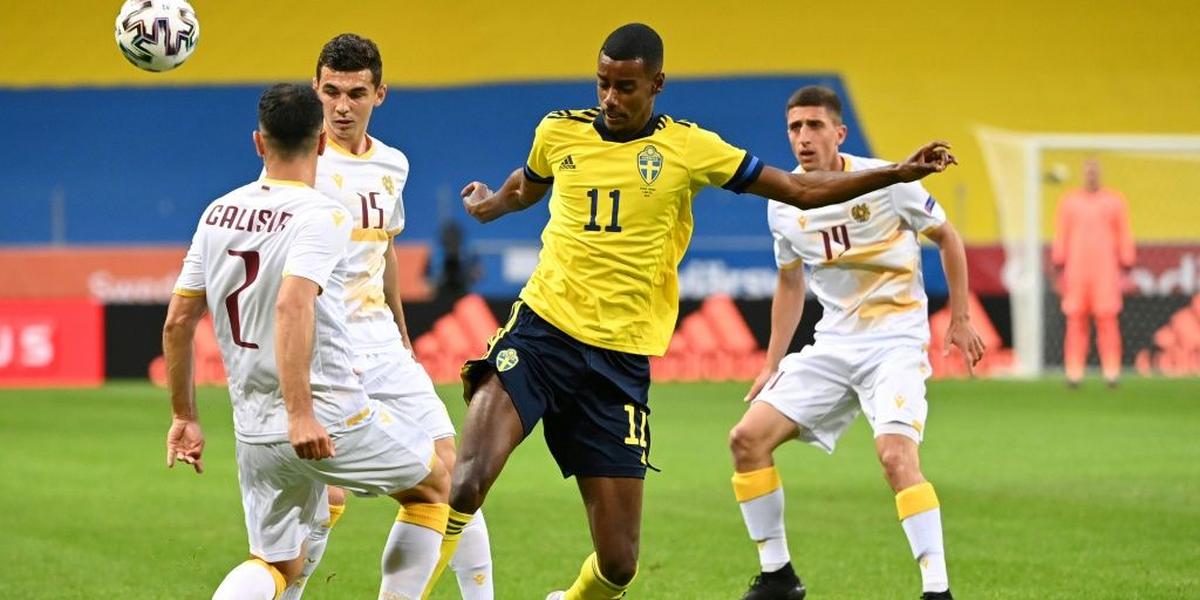 With Ibrahimovic out injured and Dejan Kulusevski self-isolating at home after testing positive for Covid, Sweden will turn to Isak, the hugely promising Real Sociedad striker who scored 17 goals in Spain last season.

Spain’s defence will know the threat Isak poses with his athleticism, technical quality and eye for goal.

For Sweden, the hope is he can deliver now on the biggest stage, at an international tournament against one of Europe’s elite teams.

Along with Kulusevski, also 21, Isak is Sweden’s latest young gem, with the pair playing together in the team’s last friendly against Armenia, which brought a 3-1 victory.

Sweden coach Janne Andersson will not be able to combine them against Spain with Kulusevski self-isolating and instead the onus will be on Isak to provide an attacking spark.

After joining Real Sociedad in 2019 for just 6.5 million euros ($7.9 million), Isak might fetch five times that amount if the Basque club decided to cash in this summer, with Barcelona among those credited with an interest.

“The fans can stay calm, I feel good at Real Sociedad,” Isak said in an interview with a Basque newspaper in May, but Borussia Dortmund have an option to buy him back, which could prove useful if Erling Braut Haaland departs.

“The player will decide but with Alex, everything is fine. Borussia has an option to buy him back from us, but he must accept that first. We are on the right path,” said Real Sociedad’s sporting director Roberto Olabe in June.

The club might prefer Isak to keep a low-profile at the Euro, where he can add to his 22 caps, having been the second youngest player ever to make his debut for Sweden, aged 17 and 109 days when he faced Ivory Coast in January 2017.

Four days later, he became their youngest scorer too by notching against Slovakia.

But he had to wait another two years to be called up again, this time sharing the pitch twice with Ibrahimovic, the country’s legendary striker who will miss Euro 2020 with a knee injury.

Ibrahimovic is 18 years Isak’s senior and was already playing professionally for Malmo when Isak was born.

Their outings together delivered a 1-0 win over Georgia and a 3-0 victory against Kosovo in qualifying for the 2022 World Cup in Qatar.

Last season, Isak’s 17 goals was already better than Ibrahimovic ever managed in La Liga, his best total the 16 goals he scored for Barcelona in 2009-10.

Isak will have good memories of La Cartuja in Seville too, after Real Sociedad beat rivals Athletic Bilbao there in April to win the Copa del Rey, with Spain’s goalkeeper Unai Simon among those on the losing side.

Another victory over Spain on Monday could launch Isak to stardom and put Sweden in sight of the last 16.