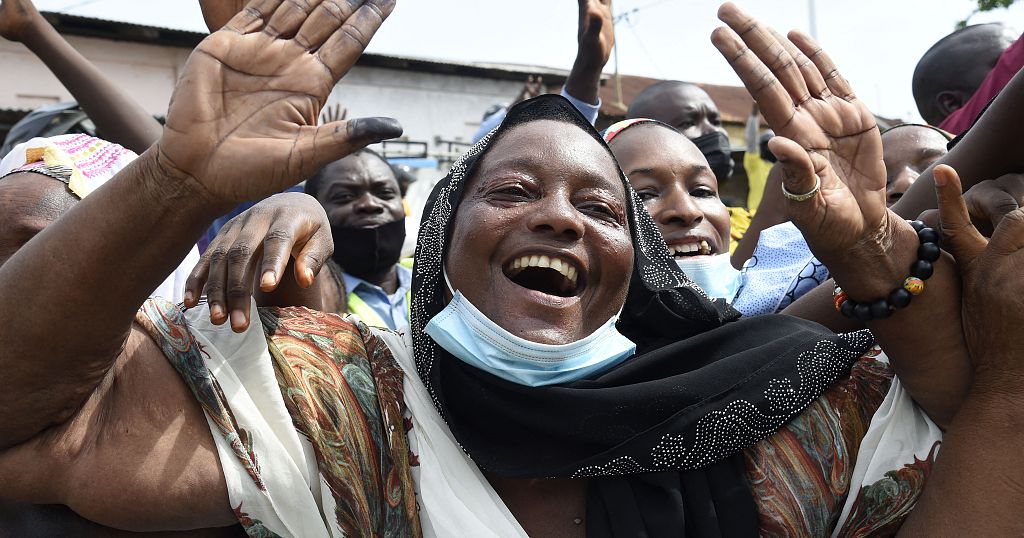 Talon, 62, a cotton tycoon first elected to lead the West African state in 2016, faced two little-known rivals in Sunday’s vote with most of his key opponents in exile or disqualified from running.

Talon won 86.3% of the vote, the electoral commission said as it announced preliminary results, while his opponents Alassane Soumanou and Corentin Kohoue got 11.29% and 2.25% respectively.

Three international observer missions already noted low turnout, though they said the vote generally went ahead peacefully despite tensions and protests before the ballot that left two people dead.

Turnout was 50.17 percent, the commission said.

In the country’s economic capital Cotonou, there was little celebration in the streets. A small crowd of supporters met Talon outside party headquarters where he briefly greeted them from his black jeep.

“If our president was re-elected by the Beninese people it is because of the work he did for us,” said Antinhounhou Honorat, one of the scores of motorbike taxi drivers who accompanied the campaign.

Once praised as a vibrant multi-party democracy, critics say the former French colony has veered onto authoritarianism under Talon through a steady campaign to sideline his major political foes.

There was no immediate official reaction from main opposition leaders after the results.

But even before the announcement, for some Beninese the election results meant little.

“We are not waiting for the results because they were already known in advance. After the elections, everything will return to order.”

An association of civil society groups, which deployed more than 1,400 election observers, said in its preliminary statement Sunday that “attempts to pressurise, intimidate, threaten, corrupt or harass voters were observed across the entire country”.

Government officials said the election went ahead without problems.

“Benin’s honour is safe and these little games do not tarnish the credibility of the poll,” said government spokesman Alain Orounla.

Protests had blocked some routes in opposition strongholds in the centre and north of the country in the run-up to the election, leading to delays in the dispatch of electoral materials.

Two people were killed last week when troops fired live rounds into the air to break up an opposition protest blockading a major route in the central city of Save.

Benin has seen some economic successes under Talon, who had promised a “KO” first-round win in Sunday’s election.

But since Talon first came to power, critics say he has used a special economic crimes and terrorism court and electoral reforms as tools to disqualify the opposition.

Reckya Madougou, one opposition leader who was barred from running, was detained last month on accusations of plotting to disrupt the vote, a charge her lawyer said was politically motivated.

Earlier this month, a judge from the special court that ordered her detention said he had fled the country, denouncing political pressure to make rulings against Talon’s opponents.

The government had dismissed such accusations as “political manipulation” and claimed exiled opposition figures were trying to orchestrate a smear campaign to have the election annulled.