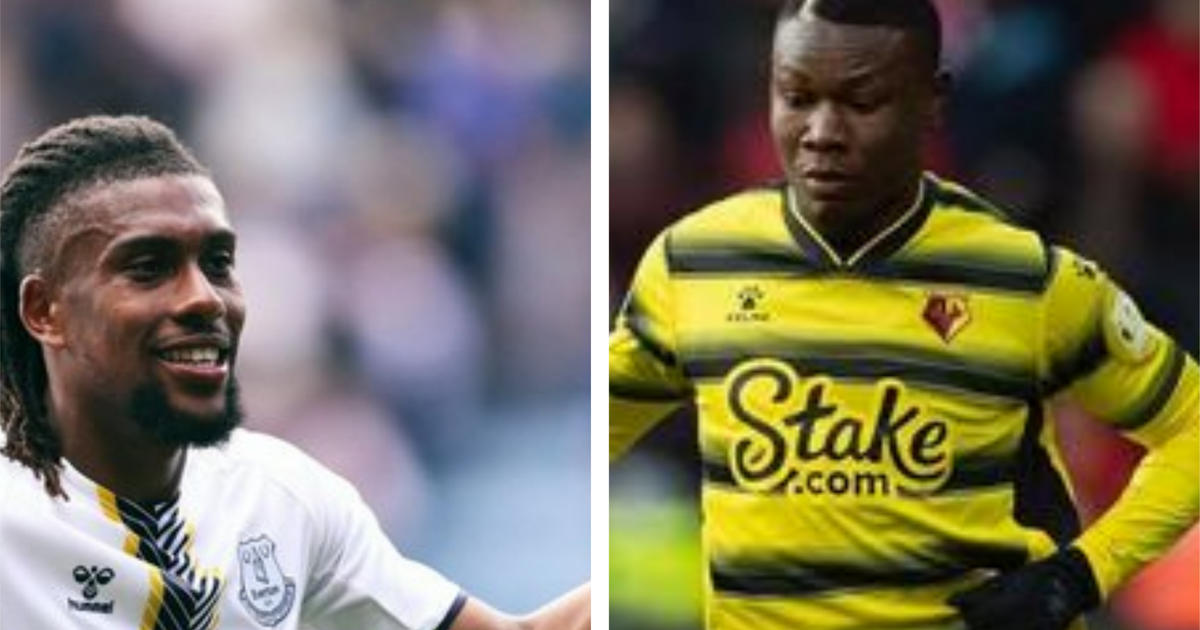 There was no shortage of Nigerian players at the Vicarage Road as the Hornets welcomed Everton.

Watford hosted Everton in their Premier League encounter on Wednesday night, with the Toffees looking to pull further away from the relegation zone.

Everton went into the game searching for another win in their battle to avoid relegation, while Watford were playing for pride after their relegation was confirmed on Saturday.

The Toffees were hoping to make it three wins on the spin after beating Leicester City and Chelsea in their last two matches. Frank Lampard’s men started brightly, showing their attacking intent from the blast of the whistle.

A large part of Everton’s attacking play came from Iwobi, who has been the club’s best player in recent weeks. The 26-year-old Nigerian made five key passes from an unorthodox wing-back role and five crosses.

But despite Iwobi’s best effort, Everton failed to break down Watford’s defence. Meanwhile, Watford also gave it a go in attack.

Kalu fails to impress in his first start for Watford

The Hornets managed four shots off in the opening half compared to Everton’s six. January signing Kalu played his part, completing 29 passes and making one accurate cross.

The second half, though, was all Everton. However, despite their five shots on target, the Toffees could not get the all-important goal.

The result leaves Everton two points clear of the relegation zone, going into the last two rounds of games.