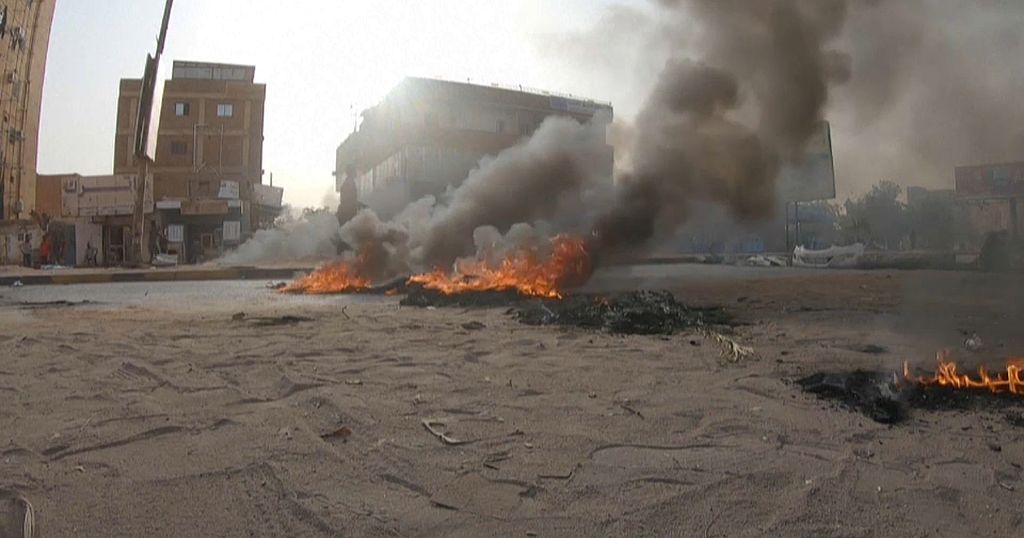 Tyres burned in blockades along the streets of Khartoum Thursday in protest of the Sudanese government’s decision — in line with reforms to make the country eligible for an IMF debt relief initiative, to remove subsidies on petrol and diesel resulting in their respective prices more than doubling.

The demonstrations were in response to a call the day before by an influential trade union group that had spearheaded mass protests leading to Omar al-Bashir’s ouster.

“We call on protesters to take to the streets now and daily until these unjust decisions are overturned,” the Sudanese professionals association said in a Facebook statement.

Sudanese motorists queueing at petrol stations to fill up their vehicle’s tanks were also angry.

“This government should hand in its resignation. It is unable to manage the country,” said one of them, Sofian Ibrahim.

Another motorist, Haroun Mohamed, said: “We are living a very bitter reality. The prices of everything on the market will now shoot up.”

Finance Minister Gibril Ibrahim said scrapping subsidies on petrol and diesel was part of policies aimed at “serving the interests of the Sudanese people and the Sudanese economy”.

“Even if people bring down this government, the next one will also have no option but to go on this track to fix the economy,” he told reporters late Wednesday.

Adam Mahmoud Ibrahim, a local in the city, is indignant.

“The increase has not been studied, because raising the price of a litre from 128 to 290 will lead to a threefold increase for the consumers. So if a driver normally asks for three thousand, he will ask for nine thousand, and thus the people will be directly affected.”

Farah Ahmed Hassan, another local, seems to be of a different opinion.

“This increase is necessary, and according to what the Minister of Finance Mr. Jibril said at the conference yesterday, we are convinced and wish him success, and we will bear it, and his speech is logical, and we hope that this will be the last increase in fuel prices.”

Since April, Sunda — still contending with a staggering 60 billion USD foreign debt,has seen inflation soar over 360%, according to official data — as the African nation struggles to rebuild the economy and end its international isolation since the old regime,

Sudan’s economy has sunk further into a deep crisis since the overthrow of longtime head Omar al-Bashir in April 2019, sparking frequent demonstrations and risking social unrest in a country in transition.

The lifting of subsidies, which took effect Tuesday, saw the price of petrol shoot up from 150 Sudanese pounds ($0.34 cents) to 290 pounds per litre, while diesel went up from 125 to 285 pounds.

It is the latest in reforms by Sudan’s transitional government which vowed to fix the economy, which had been crippled by US sanctions under Bashir.