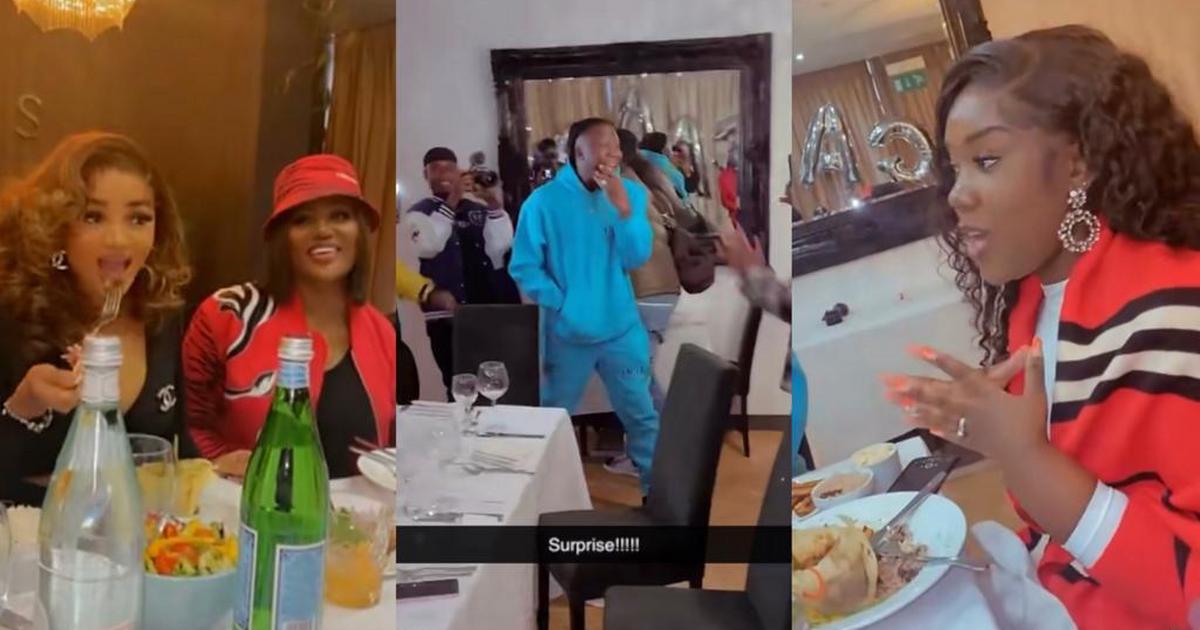 Stonebwoy walked into a surprising lunch that saw familiar faces he never expected. He welcomed the pleasant surprise with happiness, sat down, dine with those around as they also took turns to tell how special he is to them.

“I know that I speak on behalf of everybody here, we are incredibly blessed to know Stonebwoy in our lives, he is such an incredibly amazing person. There is no time that I have called on him for support that he hasn’t shown up,” Sandra Ankobiah said.

Hypeman, Ogee The Mc said, “I’ve known Stonebwoy for a very long time and he has never switched, he’s been like this from the time I met him, he’s been very supportive, he’s been holding me down”.

“Till now this n*gga works like he is an upcoming and that is what motivates me, he doesn’t work like he is Stonebwoy,” he added.

Dr Louisa also seized the moment to celebrate Stonebwoy as ‘an awesome father”, husband and friend.

She went on to disclose that “he is kind of like my brother, for him and I, our relationship was more like brother and sister before it became boyfriend girlfriend and then husband and wife“.

Stonebwoy also received a 60,000 white diamond necklace as his birthday gift and thanked his friends, colleagues and family who showed up to make his day memorable. Watch more highlights from Stonebwoy’s birthday lunch below.