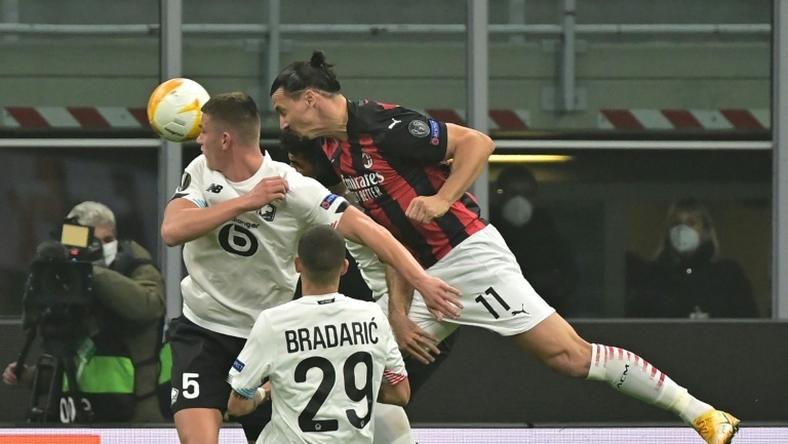 The English, Italian and Spanish league leaders, Tottenham, Real Sociedad and AC Milan, as well as Bundesliga high-flyers Bayer Leverkusen, have all slipped up already in Europe’s second-tier competition and cannot afford another mistake.

Yet the demands of a condensed season mean their managers are walking two tightropes at once.

Real Sociedad, beaten at home by Napoli on the second matchday, have lost veteran David Silva to a hamstring injury on Sunday ahead of their trip to Group F leaders AZ Alkmaar.

Yet even as they travel to the Netherlands, they need to plan for Sunday’s crucial game against Villarreal, who are third in La Liga.

Real Sociedad’s only consolation is that Villarreal must cross the Mediterranean twice as they visit second-place Maccabi Tel-Aviv in Group I.

Tottenham ony lead Group J on goal difference in head-to-head matches ahead of Royal Antwerp and LASK Linz. They too lost a key veteran when centre-back Toby Alderweireld suffered a groin muscle injury against Manchester City on Saturday.

Tottenham manager Jose Mourinho came unstuck when he rotated his squad in Antwerp and lost. Yet with a visit to third-place Chelsea in the Premier League on Sunday, he may rest starters at home against winless Ludogorets.

That could give Gareth Bale a chance to score his first Europa League goal since March 2013, when he hit the opener as Spurs eliminated Inter Milan in the last 16.

AC Milan travel to Lille seeking not only for a victory, which would put them top of Group H, but also revenge. Lille won 3-0 at the San Siro on the last matchday with 23-year-old Turk Yusuf Yazici hitting his second hat-trick of this year’s competition.

Milan will be without talisman Zlatan Ibrahimovic who suffered a thigh muscle injury in the Serie A victory over Napoli on Sunday.

Bayer Leverkusen, one point behind Bayern Munich in the Bundesliga and second in the unpredictable Group C, host Hapoel Beer-Sheva who are last but still in contention.

Only four teams, Villarreal, Leicester, Arsenal and Hoffenheim, have won all three matches. All can ensure a top-two finish and give themselves the chance to rest players in the last two rounds.

Arsenal travel to Norway to face Molde, who are second in Group B, hard-hit by injuries after Willian, with a muscle problem, and Bukaya Sako went down against Leeds on Sunday, joining Thomas Partey among their wounded. Mohamed Elneny and Sead Kolasinac missed that game after testing positive for Covid-19.

“We have an incredible amount of games coming up,” said Arsenal manager Mikel Arteta.

“Every team is going to face challenges with the amount of fixtures we have. We will put out a team to compete.”

Hoffenheim striker Munas Dabbur can carve a tiny niche in the record books with a goal. The Israel international has scored 18 times in group-stage games in the competition, tied for the most with former Athletic Bilbao striker Aritz Aduriz.

And in this frenetic season, the competition is providing goals. There were 93 on Matchday 3, breaking the old record of 81 set in 2010.