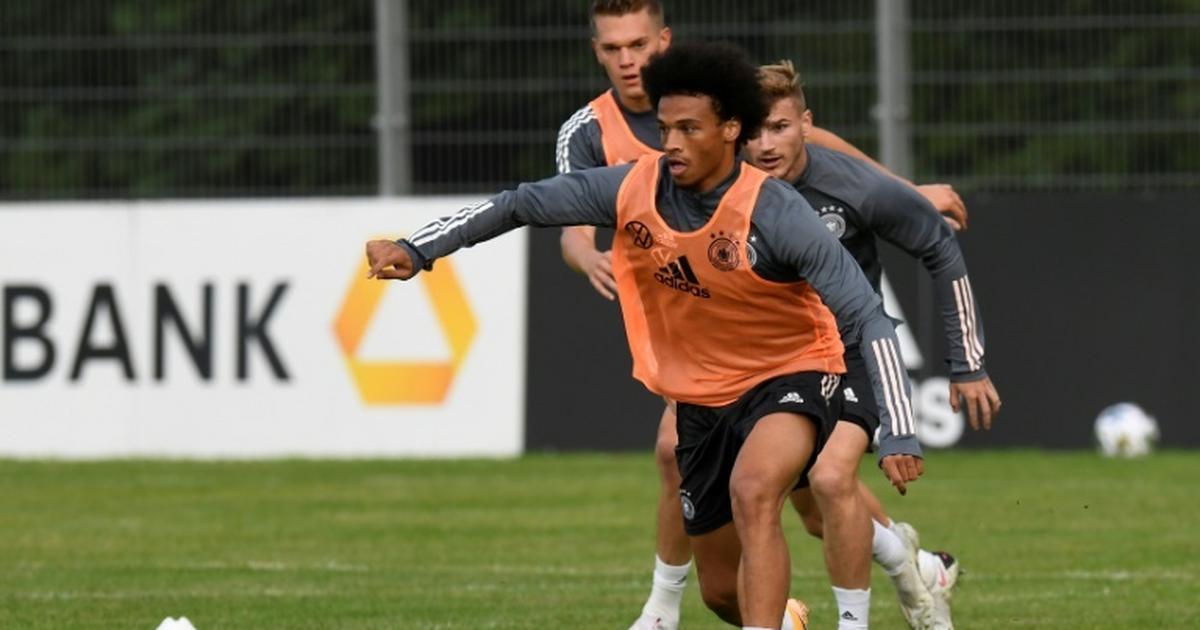 Germany face Spain in Stuttgart before playing Switzerland three days later in Basel. Both matches will go ahead behind closed doors.

“Of course, the games and the rhythm are missing,” added Sane, who has played just a handful of minutes since tearing knee ligaments last August.

Bayern defender Suele, who suffered a similar injury last October, made his return in the knockout stages of the Champions League in Lisbon.

The 24-year-old shone after replacing Jerome Boateng early in the Lisbon final in Bayern’s 1-0 victory over Paris Saint-Germain.

“I have missed doing what I love,” Suele said in Tuesday’s press conference, clearly just glad to be back on Germany duty in “a really cool team”.

“We have achieved something great with Bayern Munich. That must be an incentive for further titles,” said Suele.

“And we have to use the Nations League to prepare as well as possible for the European Championships next summer.

“This is about titles again.”

The Spain clash will be Germany’s first international for nearly 10 months due to the coronavirus pandemic. The squad was tested for Covid-19 on arriving at the team hotel on Monday.

“It’s more intense here, but that’s a good thing. In the pandemic, Germany has shown that it is more organised,” said Chelsea defender Antonio Ruediger.

Other hygiene measures include avoiding all contact, other than in training, and keeping a distance of five metres from anyone not involved with the squad.

“Everything is really well planned and coordinated, in training too,” added Suele.

Germany’s new Chelsea striker Timo Werner said he will miss the home support in front of empty stands in Stuttgart.

“It’s not just difficult for the fans. It’s also more fun for us to play in front of supporters,” said Werner.

“We had a friendly with Chelsea in front of 2,500 people and it was a completely different atmosphere.”