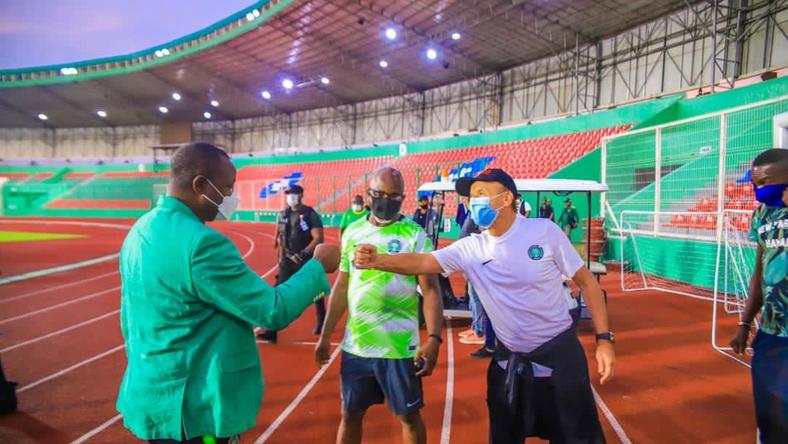 The Super Eagles could only take two points from two games against Sierra Leone. The first which held on Friday, Novem ber, 13, 2021 was more disappointing as Nigeria’s national team squandered a 4-0 lead to draw the game 4-4 before a goalless draw four days later away at Freetown.

While expressing his disappointment in the results on Twitter, Dare launched an attack on Super Eagles coach Rohr and said Nigerian football deserves better.

“The performance of the Super Eagles from their last two matches calls to question the suitability and competences of Technical Adviser, Rohr,” the Minister wrote on Twitter.

“Nigerian football deserves better. The needful will be done. Apologies to all football lovers.”

Dare was with the Super Eagles in Benin and joined them in a light training session a day before the first leg in Sierra Leone.

Despite the results against Sierra Leone, the Super Eagles are still top of Group L of the qualifiers with eight points from four games and are on course to seal qualification with a win from their next two games.