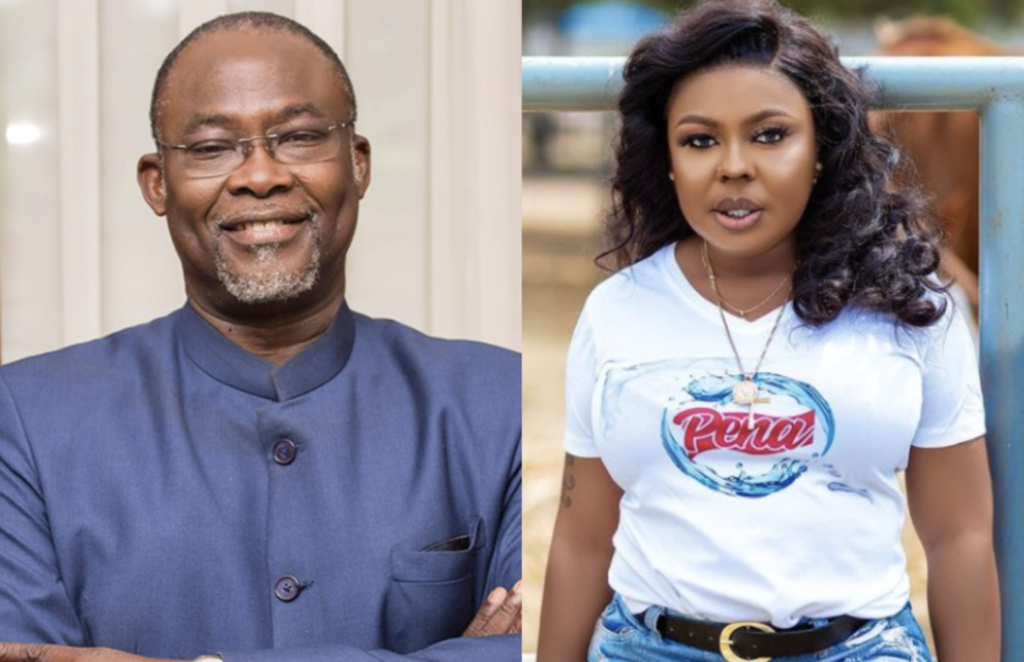 Ghanaian comedienne, Valentina Nana Agyeiwaa who is popularly known in showbiz as Afia Schwarzenegger has shared what she did to NDC’s Ekow Spio Garbrah over an allegation he made about her.

It could be recalled that some months ago, the renowned politician made a claim the John Mahama was the one who bought Afia’s house for her.

This really became news in Ghana has many Ghanaians shared their varied views about it. Member of the NPP even used that against the NDC.

Addressing this in a recent interview, the comedienne revealed how she dealt with the politician when she met him face-to-face.

She had the interview with the popular Ghanaian celebrity blogger, Zionfelix, and she stated that prior to meeting the NDC politician, she had heard him on the radio making some wild allegations that John Mahama had bought a house for her.

She indicated that meeting him that day offered her an opportunity to confront the former Trade Minister to answer to why he made such allegations without having a piece of first-hand knowledge.

She revealed that she was a little bit intoxicated at the moment she met the politician so she ensured that she had to query him.

She added that after she dealt with him, the politician then apologised and said he was not the one who made the claim but that someone whispered it into his ears during the radio show.

In the same interview, she made a disclosure that he has the number of Ghanaian billionaire, Ibrahim Mahama.

According to her, although he has the number of the billionaire, she hasn’t even spoken to him on phone before.

She stated that there is no iota of truth in all the rumours that she was secretly dating Ibrahim Mahama.

The popular media personality revealed that the first time she met Ibrahim Mahama was at a party about 6 years ago and they exchanged contacts adding that anytime she calls the number, nobody picks up.