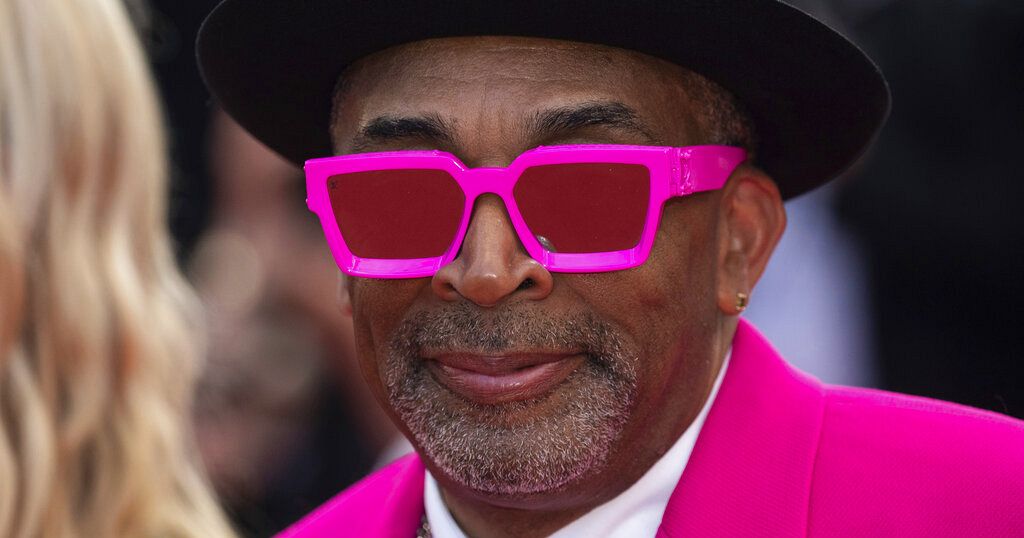 Spike Lee will lead the jury of this year’s Cannes Film Festival, and festival organizers hope the provocative American director will “shake things up” at the gathering of the world’s cinema elite.

Lee said he was “honored to be the first person of the African diaspora” chosen for the prestigious position.

Festival organizer Thierry Fremaux said naming the first black president of the Cannes jury wasn’t a political decision, but “a message of universality.” Speaking on France’s RTL radio Tuesday, Fremaux noted the diverse nationalities of jury members and directors whose films are screened at Cannes.

Many of Lee’s films have been shown at Cannes, and his “BlacKkKlansman” won a major prize at Cannes last year.

“When I got the call … I was shocked, happy, surprised and proud all at the same time,” Lee said in a letter. He said Cannes “changed the trajectory of who I became in world cinema.”

Without explicitly mentioning Lee’s career-long fight against racism or other political views, the festival said in a statement Tuesday: ”Lee’s perspective is more valuable than ever. Cannes is a natural homeland and a global sounding board for those who (re)awaken minds and question our stances and fixed ideas.”

Lee, who is heading the jury that will decide the winner of the festival’s top price – the Palme d’Or- arrived at Tuesday’s jury press conference wearing a “1619” baseball hat and trying to keep a low profile.

His face as Mars Blackmon from his 1986 feature film debut “She’s Gotta Have It” (which premiered at Cannes) adorns this year’s poster at the festival central hub, the Palais des Festivals.

Lee is the first Black person to ever lead Cannes’ prestigious jury. In his first comments, in response to a question from Chaz Ebert, widow of Roger Ebert, Lee spoke about how little has changed since 1989’s “Do the Right Thing” – which made a controversial debut at Cannes.

“When you see brother Eric Garner, when you see king George Floyd murdered, lynched, I think of Ray (Radio) Raheem,” Lee said, referring to the “Do the Right Thing” character. “You would think and hope that 30-something motherf**ing years later that Black people would have stopped being hunted down like animals.”

Much of the talk at the conference centered on injustice and by what means it should be tackled.

That conversation was prompted in part by a Georgian journalist who asked jury members about resistance. Russia invaded the former Soviet republic in 2008.

Brazilian director Kleber Mendonca Filho (“Bacurau”), a juror, noted the tragedy of Brazil reaching 500,000 dead from COVID-19 when, he said, many thousands could have been saved by a stronger governmental response.

In that context, the regular topics of concern at Cannes were perhaps dwarfed. But the jurors made passionate cases for the future of movies — and a more inclusive future.

This year’s competition line-up includes a Cannes-high four female filmmakers, but they still make up a fraction of the 24 filmmakers vying for the Palme.

“I think when women are listening to themselves and really expressing themselves, even inside, about a very, very male culture, we make movies differently. We tell stories differently,” said Gyllenhaal. She recalled watching Jane Campion’s “The Piano” (the lone film directed by a woman to ever win the Palme) as formative and unfiltered. “It just went in straight.”

The 74th Cannes Festival officially opens on Tuesday night with the premiere of “Annette,” a fantastical musical starring Adam Driver and Marion Cotillard.