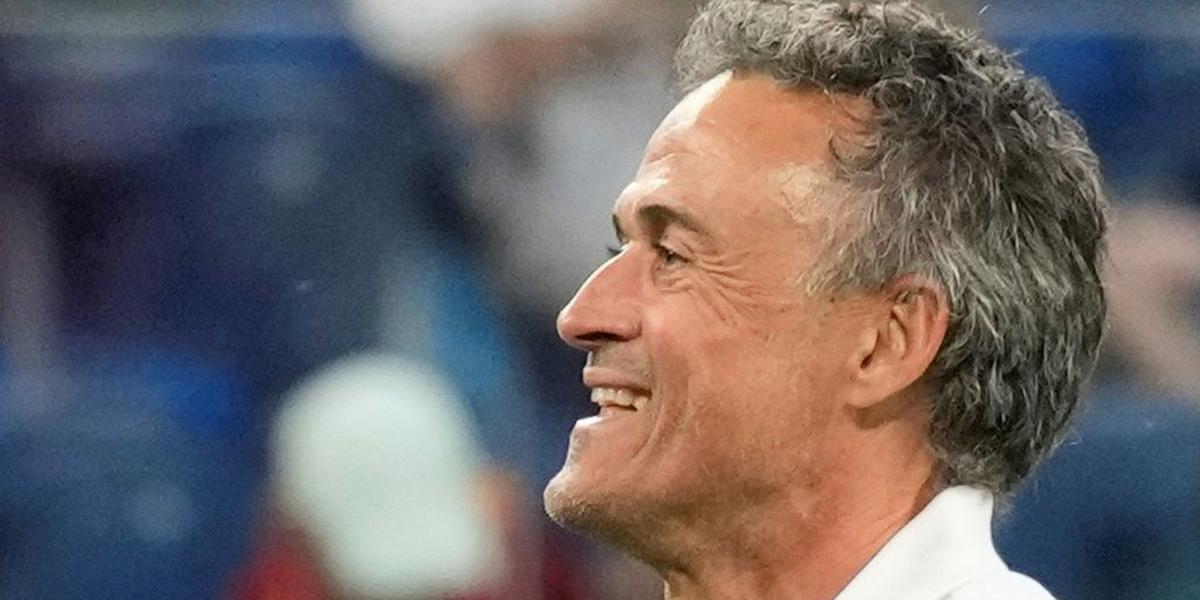 His playing career at major tournaments is best remembered for the vicious elbow from Mauro Tassotti that left blood flowing from his burst nose over his white Spain shirt at the 1994 World Cup.

Tassotti escaped without punishment at the time – Spain denied a stoppage time penalty and the chance to take the game to extra-time as the Azzurri ran out 2-1 winners.

The Italy defender was subsequently banned for eight games by FIFA, but the damage was already done for Spain as they exited at the quarter-finals.

That was a familiar story for Spanish football at the time as generations of talented players came and went without leaving a trace at major competitions.

All that changed in 2008 as a last eight win over Italy on penalties opened the door for Luis Aragones’s side to win the European Championship.

But by the time Luis Enrique got the call, Spain had fallen rapidly from grace.

In the previous three major tournaments, they failed to even reach the quarter-finals as the generation of a glorious era grew old together.

Without Ramos, or any other Real Madrid player for the first time in Spain’s history at a major tournament, the Madrid press cried foul, claiming La Furia Roja would lack leadership.

“I am one of the leaders, like all coaches,” said Luis Enrique in response. “If that is not the case, it is a bad signal.”

It has not been a totally smooth ride. A case of coronavirus for Sergio Busquets in the days before the tournament began meant the coach’s decision not to take his full complement of 26 players was further questioned.

Spain have also only won one of their five games in 90 minutes.

Yet, a number of Luis Enrique’s biggest calls have come through for him when it mattered most.

Alvaro Morata had to listen to his own fans chant “how bad are you” in a pre-tournament friendly against Portugal.

After a host of missed chances, including a penalty, in the group stages, the Juventus striker produced a stunning finish in extra-time to turn the last 16 tie against Croatia back in his side’s favour.

Unai Simon’s comical own goal in that game to open the scoring when he failed to control a simple back pass from Pedri reopened the debate over who should be Spain’s number one.

But the Athletic Bilbao goalkeeper made two penalty saves in the shootout win over Switzerland in the quarter-finals.

Nationalised just weeks before Euro 2020 kicked off, centre-back Aymeric Laporte has made vital contributions in both boxes as has Cesar Azpilicueta on his international recall after three years.

Further forward, Paris Saint-Germain winger Pablo Sarabia has more than justified his surprise place in the squad with goals against Slovakia and Croatia, while Ferran Torres, Dani Olmo and Mikel Oyarzabal have all made telling contributions when introduced as substitutes.

“I always said we were one of the eight candidates to win the European Championship and now we are among the four best,” said Luis Enrique.

“It would be ridiculous to be in the semi-finals and not think about taking one step more. This is the objective.”

A familiar foe stands in his way at Wembley, but win or lose, Luis Enrique will do it his own way.