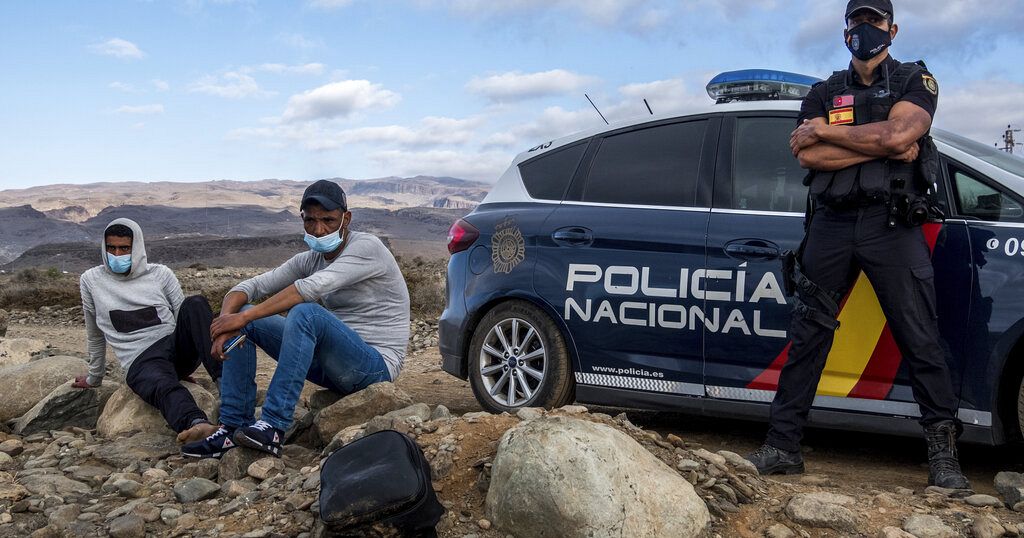 “We have specified different measures that we have to adopt in matters, mainly in, the fight against irregular immigration and the fight against criminal organisations. We have clearly set out complementary measures that we have to adopt to guarantee security and fight against irregular immigration as we have done in the field of terrorism and guarantee, I repeat, the security of all our citizens,” Fernando Grande-Marlaska, Spanish Interior Minister told journalists

last week, 2,200 migrants arrived on the archipelago in a single weekend. A total of 16,700 migrants have reached the Canary islands so far this year:

Migrants especially from west Africa have been streaming the island for decades and a 2006 UN report indicate that 35,000 migrants arrived at the archipelago