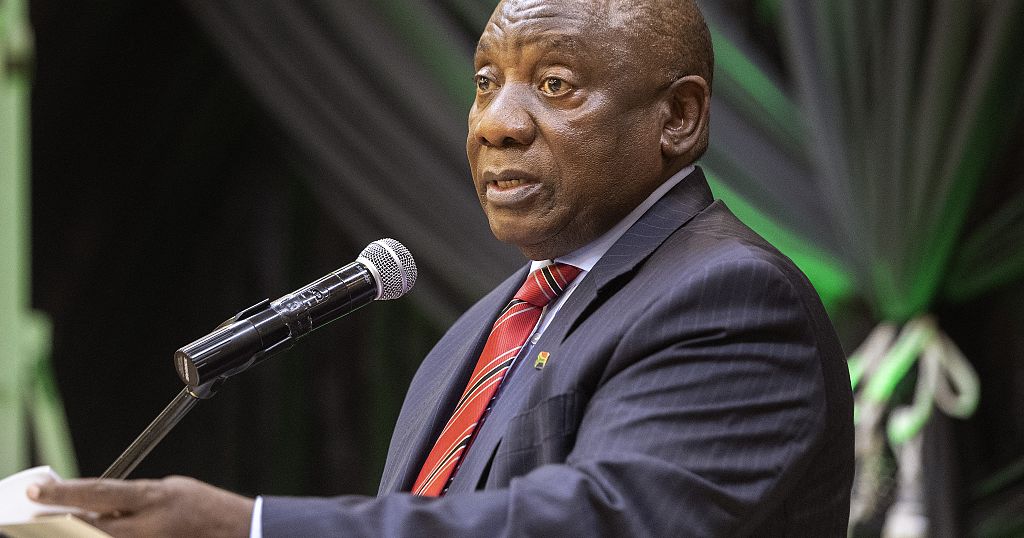 South Africa’s President Ramaphosa vowed to root out corruption at an Iftar dinner on Thursday in Cape Town with business leaders and the clergy.

Ramaphosa’s comments come amid a political turning point this week after the ruling party suspended its secretary-general, Elias Magashule, over graft charges.

But a defiant Magashule, who is the first top party official to be temporarily forced out under a new policy aimed at turning the page on a litany of graft scandals, said he was not going anywhere. Instead, he said he was suspending Ramaphosa from his position as ANC president.

“Many steps are being taken to rid our country of corruption. And those who are corrupt, who have pursued corrupt ways will continue to fight and fight to the end because their life revolves around corruption. But we will end it and they will go where they belong,” Ramaphosa said.

Magashule, 61, was given a 30-day ultimatum on March 30 to step aside after being charged with embezzling public funds while he was premier of the Free State province.

He ignored the deadline and refused to resign voluntarily, forcing the party to suspend him.

“You are hereby temporarily suspended with effect from 3 May 2021 until the final outcome of your court proceedings,” his deputy Jessie Duarte informed Magashule of his suspension in a letter.

The letter, dated Monday and leaked to the media on Wednesday, said the decision to suspend him would be “in the best interest of the organisation”.

Charges against Magashule relate to public funds that were set aside to vet government-built housing with asbestos roofs in 2014 when he headed the provincial government, dubbed a “gangster state” in a book by investigative journalist Pieter-Louis Myburgh.

The hazardous roofs were never removed, and investigators believe that the equivalent of over $12 million (10 million euros) was pocketed.

Magashule was briefly arrested in November and granted bail on graft charges. He is next expected to appear before a high court in August.

Ramaphosa vowed to fight corruption after taking over from the scandal-hit Jacob Zuma in 2018.

The African National Congress (ANC) of Nelson Mandela, which has been ruling the country since the end of white minority rule in 1994, has been at pains to clean up its image, marred by years of graft.

The historic party has been suffering a decline in support in elections in recent years. The country goes to local government polls in October this year.

John Steenhuisen, leader of the main opposition Democratic Alliance party, said it was not enough to just suspend Magashule, demanding that the party makes sure that “he is put behind bars”.