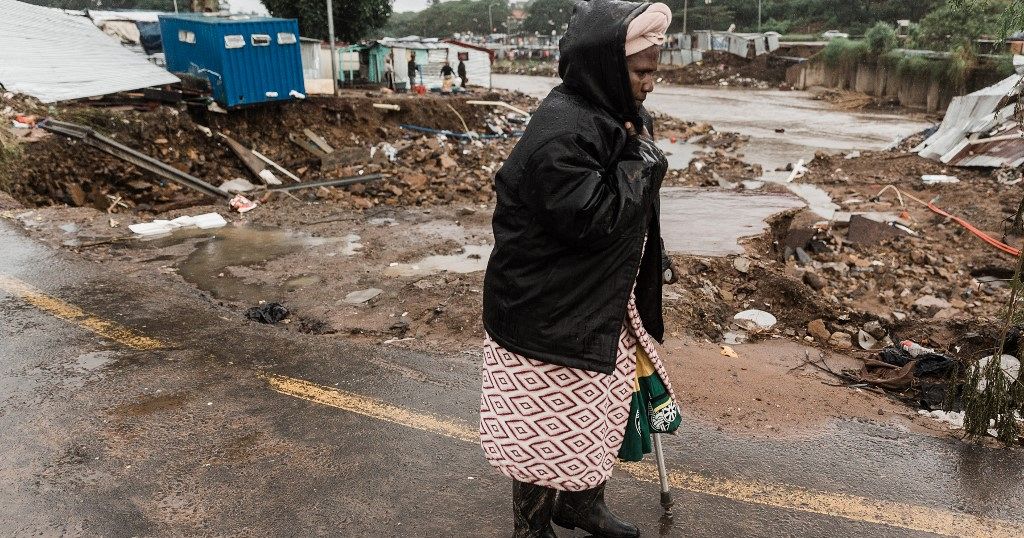 Communities affected by the devastating floods that killed at least 448 people in the eastern city of Durban in South Africa are trying to salvage whatever is left of their belongings as search and rescue operations continue to find missing persons.

His family is still distraught after the incident.

“My mother had just completed rebuilding our home with the money she received after our father’s passing. I don’t think she’ll be able to rebuild the house in the standard she would’ve wanted.

My mother is deeply hurt by what has happened. Lately, she can’t even sit down. She keeps walking around. She is trying to piece things together,” Sandile Cele said.

Joint civilian and military search teams are still recovering corpses from the debris more than a week after the disaster struck. So far, 400 soldiers were deployed out ten thousand promised.

The survivors on the otherhand, are desperate for basic services to be restored.

Several areas are still inaccessible, hampering the delivery of relief aid, after bridges and roads cracked under the weight of the worst floods to hit the country in living memory.

The army is bringing in doctors, electricians and specialist workers, the focus would now be on clearing roads to allow the movement of goods and transport.