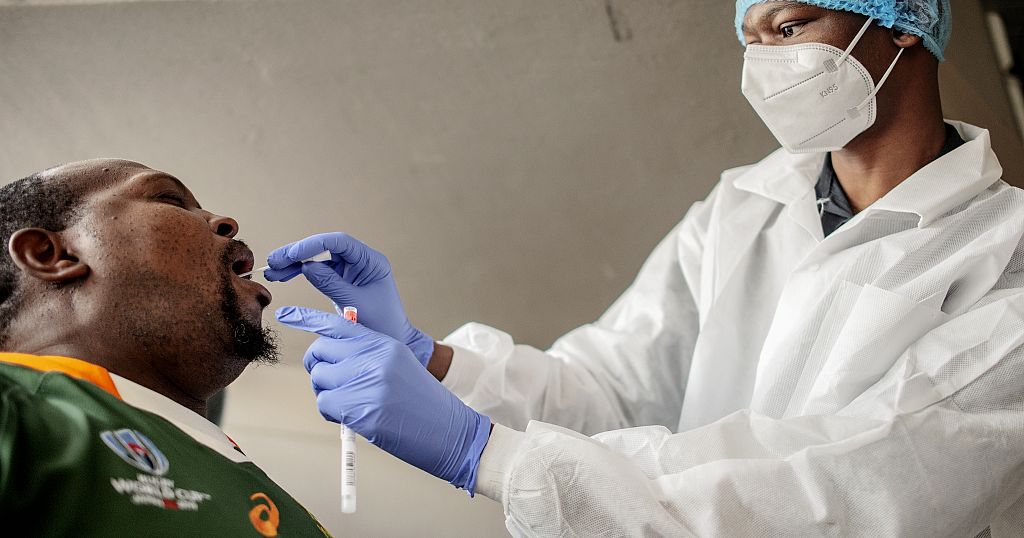 Coronavirus testing centres in South Africa are filling up as the country that has the most cases on the continent went into a second wave of the pandemic this month.

Experts fear COVID could spread even more during the festive period with people travelling across provinces for Christmas and New Year.

South Africa has reported over 88,000 cases since the outbreak with almost 24,000 deaths, according to the World Health Organization.

The country had reined in its first wave which occurred in July at an average of 12,000 cases detected daily.

Numbers then gradually came down, at a point dropping below 1,000 in September.

But last week, South Africa saw a spike in infections- especially in the eastern cape province.

The health minister Zweli Mkhize said most of the cases were found in the 15-19 year age group, who are believed to have spread the virus during end of year parties.

It was also blamed on people who did not wear masks or respect social distancing.

The minister said the number of new infections detected in parts of the country suggests that “we should expect faster-rising numbers with a higher peak than in the first wave”.

Most of the new cases were detected in the southern parts of the country, including Cape Town.

The effects of the second wave could be devastating to South Africa.

Last week President Cyril Ramaphosa imposed new localised restrictions to stem a resurgence of Covid-19 in the southern regions of the country.

Ramaphosa has warned that a second wave would “choke” any economic recovery.

Official data published showed the economy bounced back strongly in the third quarter from a slump inflicted by the pandemic.

Gross domestic product (GDP) expanded 13.5 percent quarter-on-quarter in July-September, mainly due to the easing of Covid-19 lockdown restrictions, according to the statistics agency.