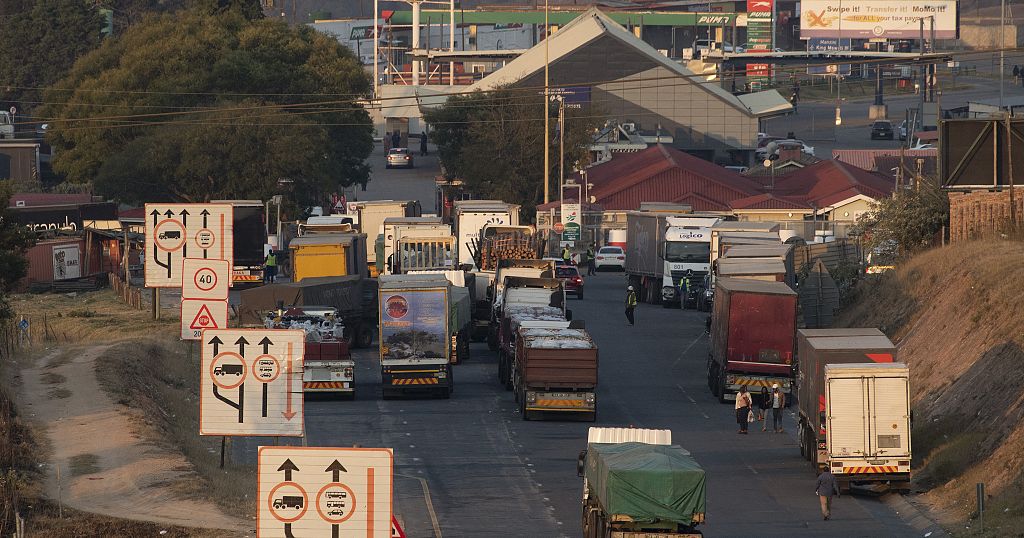 South African truck drivers return home after spending a disturbing night in Eswatini. The drivers fear their trucks might be attacked, hence they did not enter the country.

And so they opted to park their vehicles on the South African side of the border.

“The drivers, according to them, they say that there is a protest in Eswatini, so they were fearing that their trucks might be burnt. So hence they preferred not to take the trucks through and they decided to park the trucks inside, I mean on the South African side”, said port manager, Life Mokoena.

Duma Mahlangu is a South African truck driver. He said: “So they said we can’t travel back because they might attack us. So we slept over there and woke up this morning. They phoned the guys on the other side, because we didn’t have internet or network, so they phoned and said the road is clean. We came back. So I’m happy now I’m back, I’m going back home.”

They took to the streets, looting and torching buildings linked to King Mswati III.

The military has been dispatched to quell the protests, as neighboring South Africa called on security forces to exercise ”total restraint”.