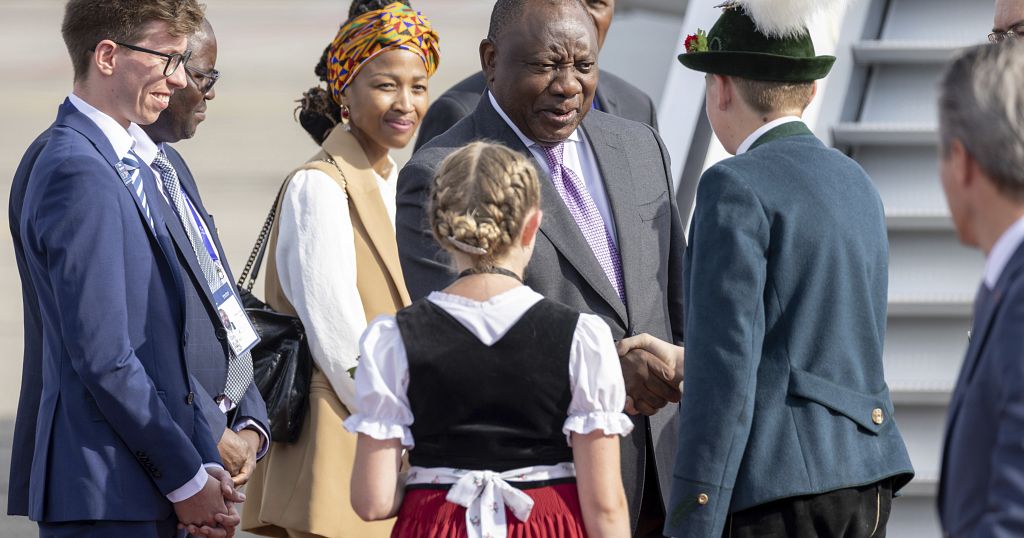 President Cyril Ramaphosa arrived in Munich, Germany on Sunday for the G-7 summit.

South Africa will participate in two outreach sessions Monday. In the first one, issues of climate, energy and health will be discussed. During the 2nd sesssion, the Summit will address advancing gender equality and food security issues. The World Food Program has urged the G7: ‘to act in order to avoid record hunger’

According to the South African presidency, the 2022 participation presents an opportunity for the nation to highlight the concerns of developing countries and to advocate for the continued global attention for equitable distribution of resources. Alongside the G7 member states and South Africa, other invited non-member states participating in the Summit are the Senegal, Argentina, India and Indonesia.

The leaders are expected to tackle the Just Energy Transition Partnership (JETP).

Ongoing talks have gathered the Senegalese government and the ambassadors of the G7 member countries in Dakar. The partnership could see a support to Africa’s decarbonization efforts. The JETP is based on the South African framework announced at COP26 in Glasgow and still under negotiation.

France, Germany, Japan, the US, the UK, Canada and Italy form the G7.