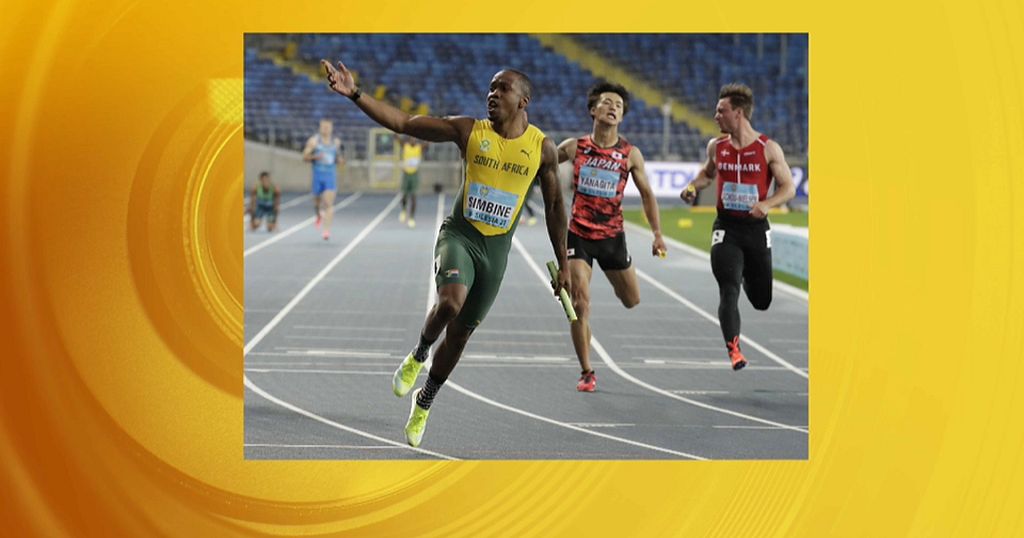 Team South Africa on Sunday clinched the gold medal in the men’s 4x100m at the World Athletics Relays event in Silesia, Poland.

Simbine, a sub-10 second 100m runner, took over the baton three metres down on Brazil’s Paulo Andre Camilo de Oliveira but snatched victory on the line by a hundredth of a second in a time of 38.71sec.

The South African national mixed 4x400m team – Ranti Dikgale, Simon Khuzwayo, Deline Mpiti (woman) and Taylon Bieldt (woman) – were sixth in their heat in 3:19.18 on Saturday’s opening day of competition and therefore did not qualify for a place in the final.