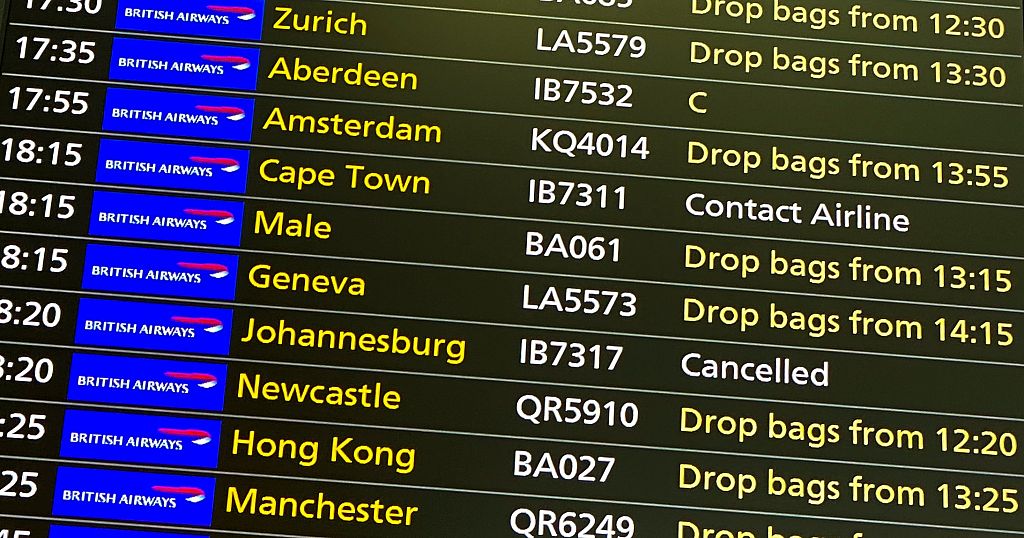 The travel ban imposed on South Africa announced by the United Kingdom and other countries is throwing the tourism industry into chaos.

The United States and Australia have also joined the list of countries banning travelling from southern Africa.

Despite the seriousness of the situation, many still feel that the travel ban is unnecessary.

“I think Covid is a very serious thing, but on the other hand, we’re always going to have new variants, so I don’t know how we’re going to keep locking down every time we find a new variant” said David Good, a British tourist visiting South Africa.

For the tourism industry in South Africa, representing around 3% of GDP, the new travel ban represents a big problem, particularly at a time when the recovery is struggling to gain traction.

“So this is hugely important for Cape Town. There are tens of thousands of families that rely on the tourism industry. And the whole day I’ve been flooded with messages from tour operators saying “we had a full December booked with tours for the first time”, small hotel owners and BnB owners saying everyone’s cancelled. It’s just really, really bad news”, laments Geordin Hill-Lewis, Mayor of Cape Town.

The World Health Organization cautioned against imposing travel restrictions, saying it would take weeks to understand the implications of the newly discovered strain.