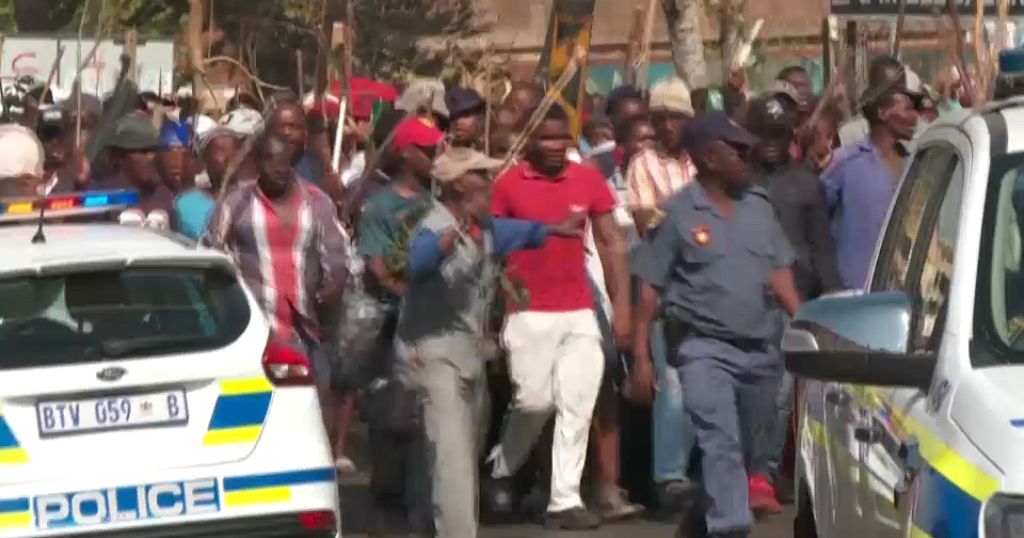 South African companies have been urged not to employ undocumented foreign nationals to avoid tensions with citizens in the country.

President Cyril Ramaphosa made the call on Monday as he addressed residents in Koster in the North West during the official commemoration of Human Rights Day.

“We should not allow ourselves that those who come from other countries, see ourselves being at war with them because it is unSouth African. The challenges of unemployment that we are facing should never mean that we should go and wage war against those people from other countries because once we do that, we just immediately promote this spirit of xenophobia that now we hate them, that they must go. What we are saying is that yes, we want people to be properly documented in our country, we want employers to be very careful to hire people who are properly documented.”– Cyril Ramaphosa

Earlier this month, residents in Alexandra in the north of Johannesburg embarked on the so-called Dudula campaign. The protest action led by the Dudula Movement targeted undocumented foreign nationals in the township.

The South African leader condemned the campaign at the time describing it as against South Africa’s values and warned that such actions could lead to vigilantism.

South Africa hosts the largest number of immigrants on the African continent due to its middle-income status, stable democratic institutions, and comparatively industrialized economy, reliefweb reports.

According to official estimates, the country is home to about 2.9 million immigrants, which would account for slightly less than 5 percent of the overall population of 60 million people.

However, this number is thought to be an underestimate because of the presence of large numbers of unauthorized migrants, particularly from neighboring countries, the reliefweb November 2021 report added.