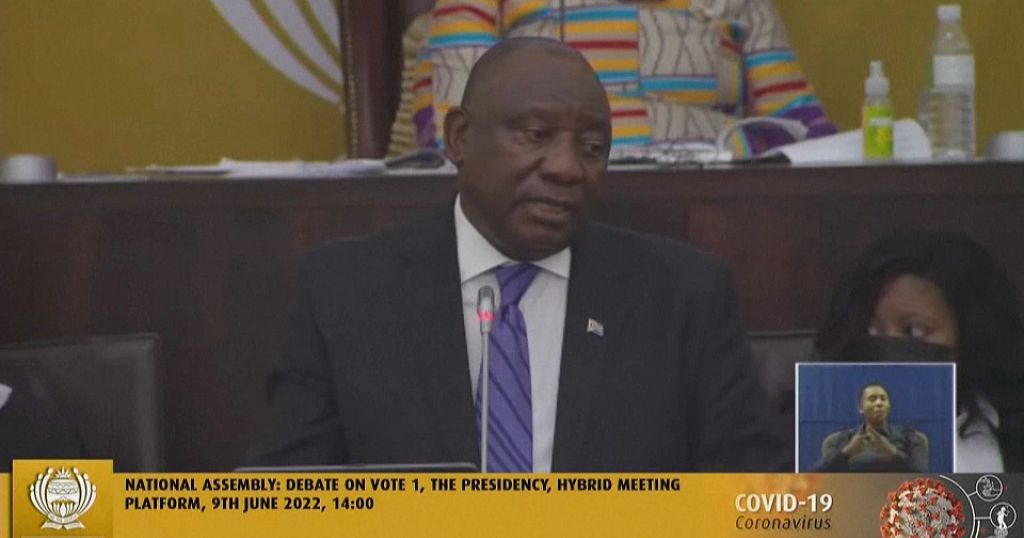 South African President Cyril Ramaphosa on Thursday said he was the victim of “dirty tricks” in a damaging burglary scandal, as a rowdy opposition heckled him in parliament.

Last week Ramaphosa was accused of bribing burglars to keep quiet about a February 2020 heist at his farmhouse, where they stole cash worth some $4 million.

“In recent days we have seen those who stand to lose the most from the fight against corruption resorting to dirty tricks and intimidation in a bid to get us to back down,” he said in a budget speech.

“But we will not waver. We will not blink. We will finish what has been started,” Ramaphosa said in a speech interrupted by hecklers.

Ramaphosa is a former trade unionist who became a hugely successful businessman in post-apartheid South Africa before entering politics.

He took office in 2018 vowing to clean up the corruption that defined the presidency of his predecessor Jacob Zuma.

South Africa’s former spy boss Arthur Fraser last week reported to police that robbers allegedly broke into Ramaphosa’s Phala Phala farm in the northeast of the country where they found $4 million in cash hidden in furniture.

Ramaphosa hid the heist from police and the tax authorities, Fraser said.

Instead, Fraser alleged, Ramaphosa organised the kidnapping and questioning of the burglars, and then bribed them to keep quiet.

Ramaphosa has acknowledged the burglary but disputes the amount of money involved and says the cash came from legitimate sales of game at his farm.

He denies the alleged kidnapping and bribery, saying he reported the burglary to the police after he had learned of it.

Ramaphosa will face party members at a conference in December during which he could be ousted from the top job by the ruling African National Congress (ANC).

South Africa’s top anti-corruption official has opened a case into the affair.

Investigations by the previous public protector Thuli Madonsela triggered the downfall of Ramaphosa’s predecessor Jacob Zuma who eventually resigned in 2018 under the weight of graft scandals.

Ramaphosa is himself under mounting pressure.

The complaint to the protector, who has legal powers to investigate graft, ethical violations by the executive and misconduct in public office, was brought by small opposition party the African Transformation Movement (ATM).

The leftist opposition Economic Freedom Fighters party wants Ramaphosa to step aside over the affair.