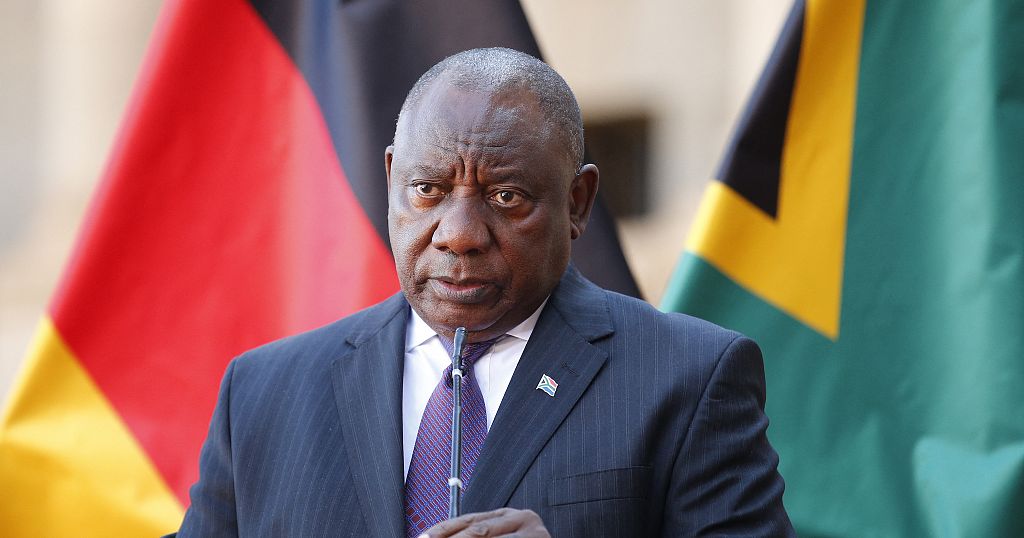 Malema who addressed journalists on Tuesday said Ramaphosa had failed to prove to South Africans that he is a worthy president.

“Fellow South Africans, we gave Cyril Ramaphosa a chance to prove himself, he has dismally failed. We will treat him the same way we have treated Zuma. He must leave the office with immediate effect because he has not respected his oath of office.” Malema sqid in his address.

Meanwhile, the ruling African National Congress (ANC) has “welcomed and commended the decision by the president to voluntarily present himself to the ANC Integrity Commission”, it said in a statement, without specifying a date.

Embroiled in a burglary scandal, President Cyril Ramaphosa will appear before the party’s Integrity Commission.

Dogged by political infighting, the ANC is trying to overhaul itself by stamping out corruption, with members facing criminal proceedings being systematically suspended.

The party is expected to nominate its candidate for the 2024 national election in the next few months.

Since last week, Ramaphosa, 69, has been weakened by accusations that he was complicit in buying the silence of burglars who stumbled on large sums of money at one of his properties.

**”Cyril Ramaphosa owns game farm parties that are used for illicit financial flows, particularly money laundering. It is not surprising that 60 million in dollar bills were stolen from Cyril Ramaphosa’s property and was not reported to the South African police services because criminals do not report crimes when their proceeds of crime are stolen.”**Malema, the radical leader of the opposition EFF party told journalists on Tuesday.

The case began in February 2020, according to the complaint filed Wednesday at a Johannesburg police station by former South African intelligence chief Arthur Fraser.

Robbers allegedly broke into Ramaphosa’s Phala Phala farm in the northeast of the country where they found $4 million in cash hidden in furniture.

The case accuses Ramaphosa of concealing the theft from police and the tax authorities.

It sensationally alleges that the president then “paid” the burglars “for their silence”.

Fraser, who said he provided police with “photos, bank accounts, names and videos”, accused Ramaphosa of obstruction of justice and organising for the suspects to be kidnapped, interrogated on his property and paid off.

In the past, members of the ANC have been removed from office following the Integrity Commission’s recommendations.