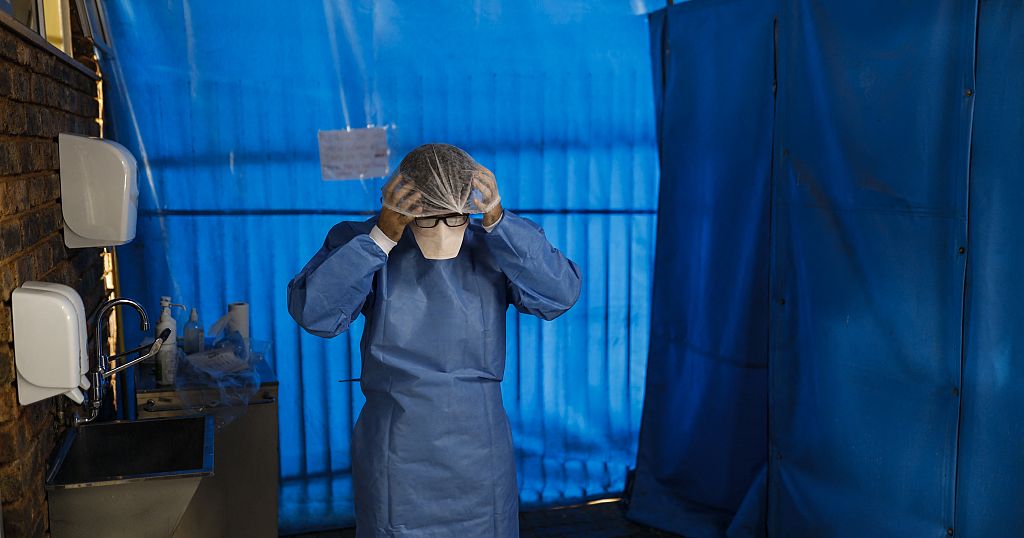 President Cyril Ramaphosa on Tuesday extended the curfew hours, prohibit the sale of alcohol among other measures to curb the spread of the virus.

The new rise in infections threatens the health systems in several parts of the country, said Ramaphosa in a nationally televised address.

“Over the last seven days, we have recorded an average of 7,500 daily infections, hospital admissions due to COVID-19 over the last 14 days, 59% higher than the preceding 14 days. The average number of people who die from COVID-19 each day has increased by 48% from 535 two weeks ago to 791 in the past seven days,” Ramaphosa said.

Hospital admissions due to COVID-19 have increased by 59% over the past two weeks, according to Ramaphosa.

“Our priority now is to make sure there are enough hospital beds, enough health workers, enough ventilators, and enough oxygen to give the best possible care to every person who needs it,” said Ramaphosa.

The nightly curfew has been extended by an hour from 10 p.m. to 4 a.m. while religious gatherings indoors are now limited to 50 people.

The number of people allowed to gather for social events has been limited to 50 people for indoor events and 100 people for outdoor events.

The retail sale of alcohol will only be permitted between 10 a.m. and 6 p.m. from Monday through Thursday.

South Africa has been the country hardest hit by the pandemic in the entire continent, with a cumulative total of more than 1.7 million infections, including 57,000 deaths, accounting for nearly 40% of Africa’s total confirmed cases.

The new restrictions come as South Africa also battles to sustain a vaccination drive that has faced delays from global vaccine shortages and this week the news that it must discard 2 million doses of the Johnson & Johnson vaccine due to factory contamination in the United States.

Johnson & Johnson had promised to deliver 2 million of its single-shot doses by the end of June, but that is now viewed as in jeopardy because of the recent ruling by the U.S. Food and Drug Administration that a large amount of J&J vaccines were contaminated by a problem at a factory producing a component of the vaccine.

About 480,000 of South Africa’s health care workers have been vaccinated with J&J doses.

Doses of the Pfizer vaccine are being used to inoculate people aged 60 and over.

About 1.4 million people have received their first dose of the Pfizer vaccine.

According to Ramaphosa, South Africa is expecting to receive 3.1 million Pfizer doses by the end of June.