The media personality then declared Father’s Day ‘closed’ after a heartwarming message from his daughter.

Reality TV star, Idols judge and celebrity choreographer Somizi Mhlongo-Motaung had all the time to put a troll in check on Sunday.

In an attempt to be funny, Twitter user @philahumps tweeted: “How does Somizi celebrate father’s day?” along with a meme of Gwede Mantashe shielding his eyes from harsh stage lights in order to see.

“I wake up. Go outside. Decide which car to drive. Then decide which house I wanna sleep at between free state. Kzn. Dainfern. Fourways. Soweto. Parys. Then call my daughter to come get my bank card to spoil herself. Wena? I’ll listen on the radio,” responded Somizi.

The user, whose account features slain soccer star Senzo Meyiwa as its display picture, was swiftly called to order by other Twitter users who felt that the question was homophobic.

Sexuality, gender and one’s choice of reproduction are not that interrelated…. think out of the box🙄🙄🙄

Somizi then went on to declare Father’s Day closed on his Instagram profile along with a screenshot of a sweet message from his daughter Bahumi Madisakwane. 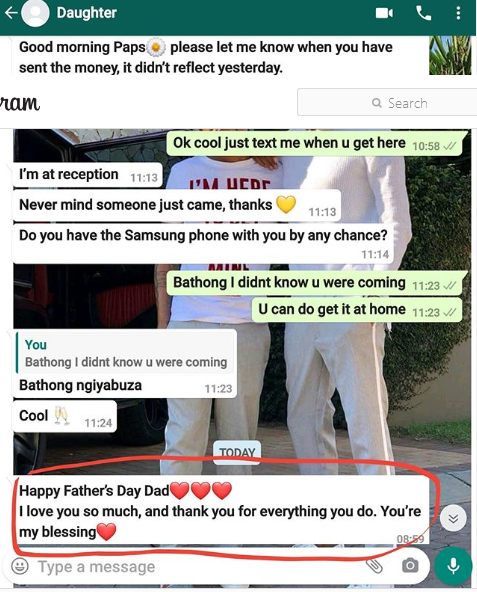