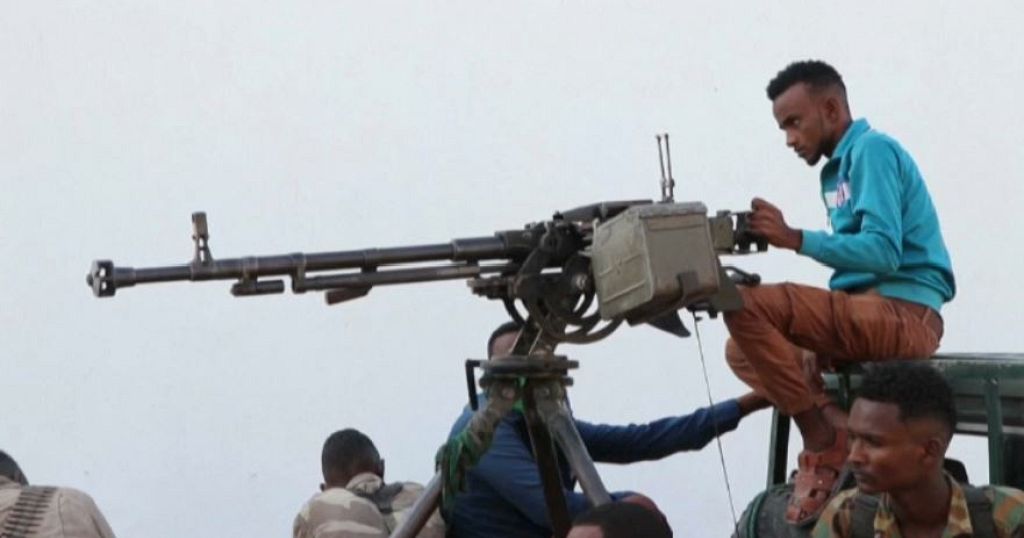 Potential for unrest in Somalia, warn opposition lawmakers after the police chief was fired for opposing a move by President Mohamed to extend his term.

The rift could see forces turn on each other and create an opportunity for the al Shabaab insurgency to exploit.

“We have been advising them to drop their guns for the last 20 years. It is the beginning of war tonight,” said Abdi Ahmed Dhuhulow, Somali Senator.

“But we urge the government not to force people to take up guns against them. Otherwise, fighting is inevitable.”

The country has been in the grips of civil war since 1991 and is trying to rebuild with international help.

Somalia has accused some of its foreign backers of undermining its sovereignty after the embattled government was threatened with sanctions over a decision to extend its mandate by two years.

President Mohamed Abdullahi Mohamed on Wednesday signed into law a “special resolution” extending his time in office, despite his term expiring in February, and repeat warnings that such a move would not be supported by western powers.

It followed a total collapse in UN-backed talks between the central government in Mogadishu and two of Somalia’s semi-autonomous states over how to proceed with delayed elections in the fragile nation.

Key foreign allies and financial supporters have rebuked the decision in strong terms.

They say the mandate extension threatens peace and stability in Somalia and distracts from its fight against the Al-Shabaab Islamist group.

The United States, a key partner in the war on terror, and the European Union has warned of sanctions and other penalties should talks toward elections between the feuding parties not urgently resume.

“While we appreciate the concerns of our friends and international partners for Somalia’s stability and security, it is regrettable to witness champions of democratic principles falling short of supporting the aspirations of the Somali people to exercise their democratic rights,” Somalia’s foreign ministry said in a statement issued late Wednesday,

“Inflammatory statements laden with threats, which undermine the political independence and sovereign rights of national institutions, will only serve to embolden terrorist organizations and anti-peace elements in Somalia.”

It said the government stood by the lower house of parliament in its decision to approve the mandate extension, declaring it lawful and necessary to pave the way for free and fair elections.

The government has promised a one-person, one-vote election within two years. Past administrations have made similar pledges but no such vote has been held in half a century in the Horn of Africa nation.