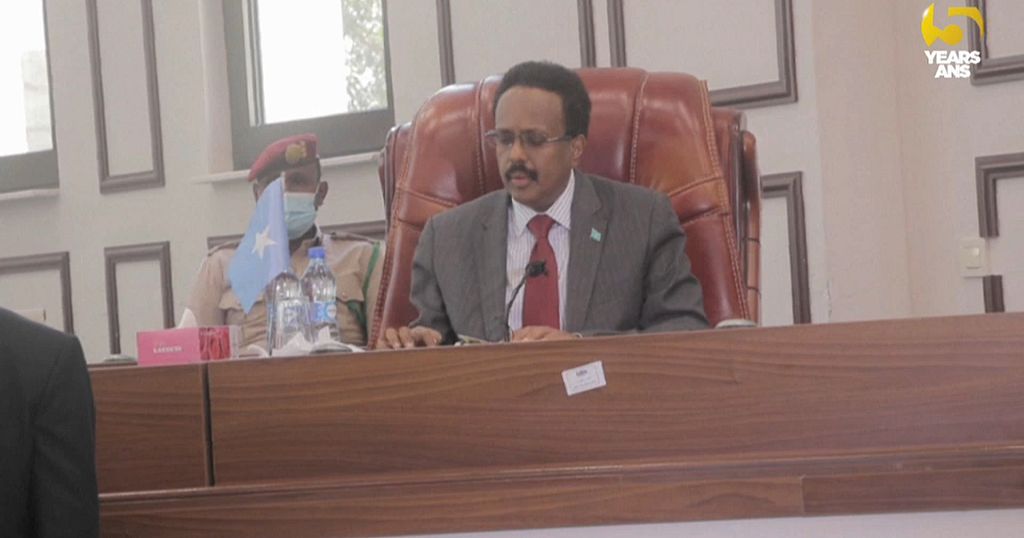 Somalia’s President Mohamed Abdullahi Mohamed called early Wednesday for elections and a return to dialogue after the extension of his mandate by two years sparked the country’s worst political violence in years.

The president, best known by his nickname Farmajo, addressed the nation at around 1:00 am local time (2200 GMT) after hours of anticipation, with Mogadishu on a knife’s edge as government troops and pro-opposition soldiers beefed up their positions and civilians fled their homes.

The rival sides exchanged gunfire on Sunday in an eruption of long-simmering tensions sparked by the delay of February elections and Farmajo’s extension of his mandate earlier this month.

The president said he would appear before parliament on Saturday to “gain their endorsement for the electoral process”, calling on political actors to hold “urgent discussions” on how to conduct the vote.

“As we have repeatedly stated, we have always been ready to implement timely and peaceful elections in the country,” he said.

Tensions have been rising in Somalia since Farmajo’s four-year term lapsed in February, as he and leaders of Puntland and Jubaland, two of Somalia’s five semi-autonomous states, failed to agree on how to conduct elections.

A deal had been cobbled together in September, which later collapsed, and multiple rounds of UN-backed talks failed to broker a way forward.

The international community has repeatedly called for elections to go ahead, threatening sanctions.

“I hereby call upon all of the signatories of the 17 September agreement to come together immediately for urgent discussions on the unconditional implementation of the above-mentioned agreement,” said Farmajo.

However the law extending Farmajo’s mandate planned for a long-promised one-person, one-vote election in 2023, the first such direct poll since 1969, the year dictator Siad Barre led a coup before ruling for two decades.