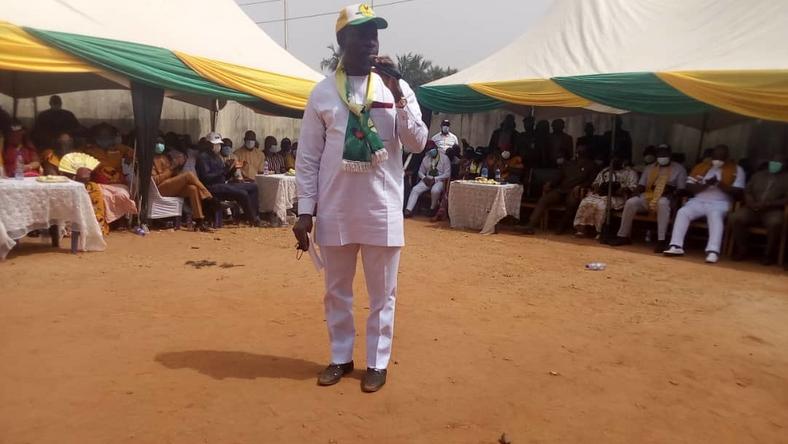 The News Agency of Nigeria (NAN) reports that Soludo will run for the November 6 poll on the platform of the All Progressives Grand Alliance (APGA).

In an interaction with newsmen on Saturday in Awka, he said the South-East had become largely unliveable despite the solid foundation and infrastructure laid down by leaders for the region’s development.

Soludo described the South-East as, “A tiny poor place that must begin to turn into a Promised Land.

“For you to create a liveable society comparable to any other place, it requires a crusade for all and it must happen simultaneously in the South-East,” he said.

He said Anambra had been relatively lucky with good governance in spite of its little resources.

“My African Dubai Taiwan metaphor of development for Anambra is not dead.

“The larger goal is to make Nigeria a prosperous nation by creating prosperous and happy states.

“The mission is to create a greater tomorrow,” Soludo said.

He said that his aspiration was not a personal quest to enrich his livelihood, saying, “God has blessed me beyond imagination from a poor village boy to the peak of my career as a professor.”

Soludo, who noted that he had served in more than 25 committees at the federal level and travelled to about 45 countries, said his wealth of experience placed him above other contestants.

“I have done it at the global level and at the national level and now I want to contribute my quota at the state level.

“There is nobody else with the global contact and national network or anything 10 per cent near it as I have for the job,” he said.