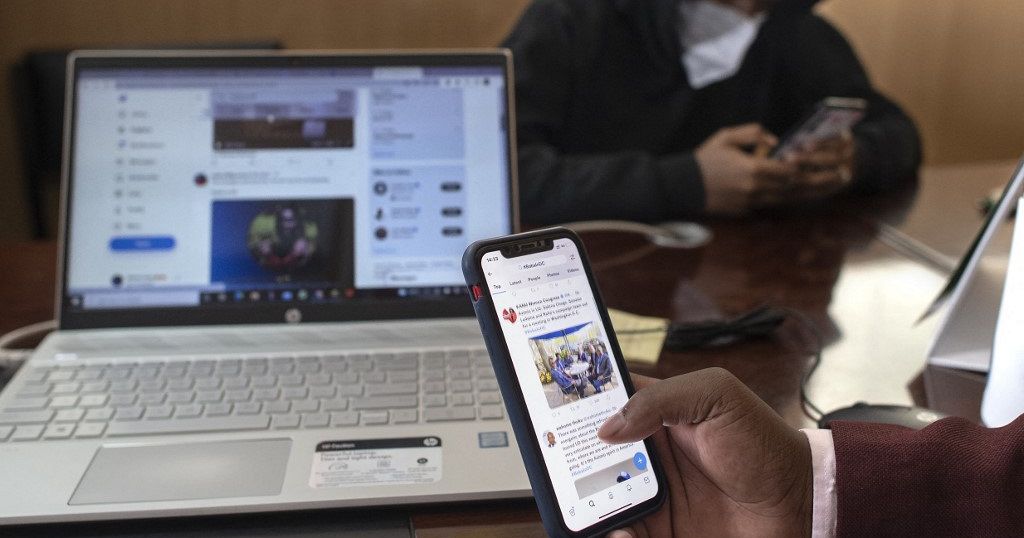 In an ordinary office in the north of the Kenyan capital Nairobi, Ian James Mwai is holding on to his two mobile phones: he doesn’t want to miss an opportunity to promote the party he works for on social networks.

The 23-year-old is one of a growing number of influencers who are offering their services to candidates to influence the 9 August presidential election.

“This election is going to come down to very little,” Ian James Mwai told AFP. “A politician who chooses to ignore social networks would be a fool.

Half of Kenya’s 50 million inhabitants are under 35, and 12 million Kenyans use social networks.

Influencers, therefore, offer politicians the opportunity to spread their ideas, respond to criticism or even start rumours about their opponents.

Creating and raising a hashtag costs 400 euros per day.

Above all, the “soldiers of the web” offer their clients something that is priceless: the absence of responsibility.

“There are so many teams and people (on social networks) that you can’t control what they post,” says Mwai.

He does not want to specify who he and the 70 influencers he oversees are working for, but “my team (works with) ethics”, he says.

Mwai alone has 110,000 followers on Twitter, whose habits he knows.

“The morning is the best time to post, just before people get to the office (…) because the first thing they do is log on to see what’s trending,” he explains.

The misuse of social networks has been pinpointed in previous elections in this large East African country.

For example, British media revealed that the British company Cambridge Analytica – which used the personal data of millions of Facebook users for targeted communication – played an important role in the 2013 and 2017 campaigns, which were won by the current president Uhuru Kenyatta.

In 2022, local influencers are at the heart of the game. With hundreds of thousands of followers, their Facebook pages and Twitter accounts have become gold mines.

Raila Odinga found himself embroiled in a Twitter controversy after a #RailaStateProject hashtag claimed that the historic opponent, now backed by outgoing President Kenyatta, would continue the policies of the incumbent.

His opponent was targeted by another hashtag, #hungryruto, portraying him as the alleged beneficiary of multi-billion dollar corruption scandals.

On both sides’ social networks, there are also fake polls or doctored or distorted images of huge crowds gathered for election rallies.

“Once (influencers) have cultivated their online audience, they monetise it: that means they push content for anyone who can pay,” says Alphonse Shiundu.

They also take advantage of the lack of enforcement of laws against disinformation and hate speech.

In a joint statement issued in April, six civil society organisations warned of the threat posed by disinformation in the country, which has repeatedly been the scene of violence during elections.

“We are concerned that social media influencers have become mercenaries who manufacture disinformation and hate speech,” they wrote.

Influencers, however, say they have no choice but to defend their candidate to the hilt.

Mac Otani, a digital consultant working for Raila Odinga’s party, tells AFP that when a rumour spreads, he has to react quickly to make sure their supporters get the “right message”.