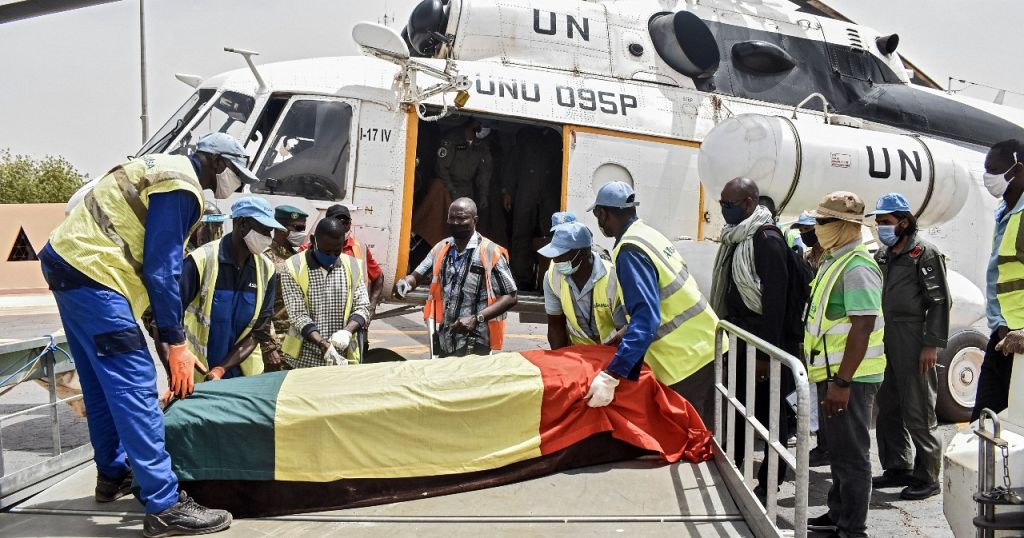 The funeral of a rebel leader in northern Mali, Sidi Brahim Ould Sidati, who was gunned down Tuesday by unknown assailants in Bamako, took place on Saturday.

Sidati was a signatory to a crucial 2015 peace accord.

He was in his 60s and gunned down by two unknown assailants near a mosque.

The reason for the killing was not immediately clear.

Ould Sidati was the rotating president of the Coordination of Azawad Movements (CMA), a mostly ethnic Tuareg alliance that rose up against the central government in 2012.

“We have just lost our president … who was assassinated this morning in Bamako,” CMA spokesman Almou Ag Mohamed said on social media.

Ouane and the UN’s envoy in Mali both expressed shock at the killing and paid tribute to Ould Sidati’s role in the peace process.

The CMA brought together Tuareg and nationalist Arab groups — including a faction led by Ould Sidati — fighting Mali’s government forces in the north until they signed the 2015 peace accord.

The deal, seen as crucial to ending Mali’s grinding conflict, has yet to be fully implemented in the former French colony.

The uprising began in the north when the jihadists allied with separatists.

The insurgency then spread to central Mali and to neighbouring Burkina Faso and Niger, claiming thousands of lives and displacing hundreds of thousands of people.

Several anti-jihadist military operations have been launched, including the French operation Barkhane and the G5 Sahel force, which includes units from the armies of five countries in the region.

Ouane said he was “stunned” over what he called “an abominable act” on the same day he was to meet with Ould Sidati to discuss reforms.

Ould Sidati “was an important actor in the peace process”, Ouane said, vowing to launch an investigation into the killing.

Ould Sidati “was one of those Malians who believed and really worked for peace and unity in Mali,” he said on social media.

The motive for his killing in the capital Bamako was not immediately clear.

But it comes as Mali remains in turmoil with transition authorities running the administration after a junta overthrew a civilian government last August.

Ould Sidati, former mayor of the town of Ber near the fabled city of Timbuktu, was one of the major figures of the Arab Movement of Azawad (MAA), part of the CMA that he helped to create.

In a statement, the CMA demanded authorities launch “an independent and transparent” probe into the killing and asked that the UN mission in Mali (Minusma) be involved.