Skip to content
A. Doris Ehujuo 6 months ago 1 min read 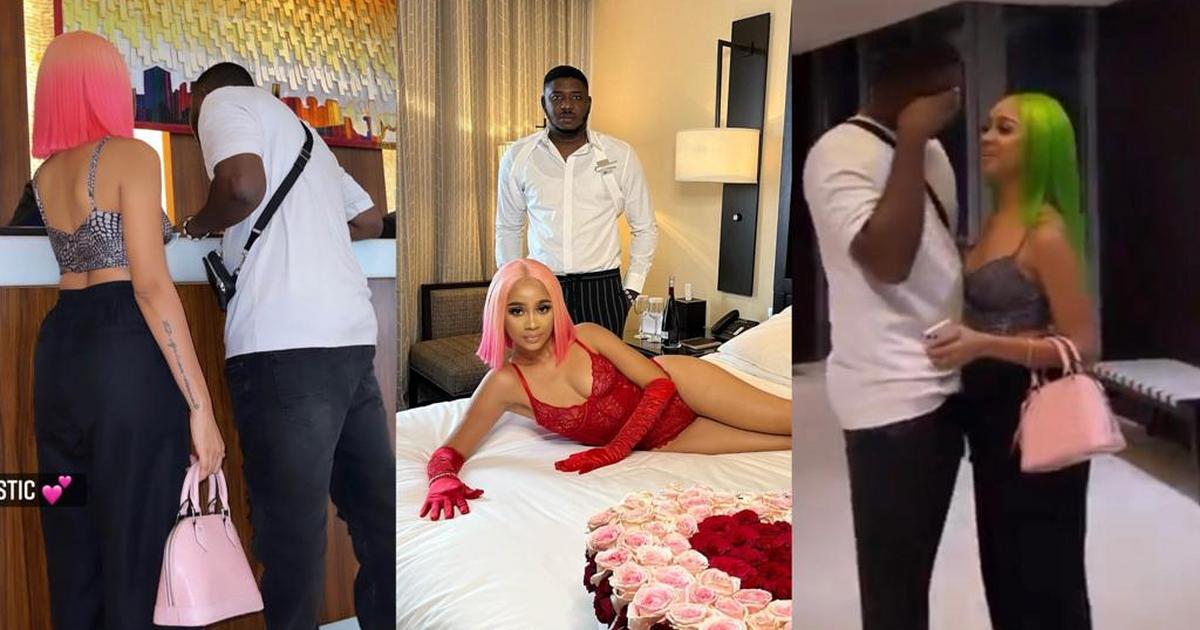 In a video seen by pulse.com.gh, Sister Derby and David have been spotted at a plush hotel making arrangements to spend special time at the place of leisure. The lovers who were all over each other have also featured in a steamy photo.

Derby who wore red lingerie with hand gloves was captured lying on the bed whilst her man, dressed in a white shirt and a pair of trousers posed behind her.

She posted the photo beloe with the caption “O D O L A S T I C” which happens to be the title of a new love song she released. The post since attracted over 800 comments from her followers and friends who got a lot to say.

Actress Nikki Samonas wrote “Love abounds here. Love lives her” and Aisha Modi also added that “Baddest babes . Am loving this. You deserve all the love” but according to rapper Joey B, the feeling is different. “ei bestie m’ay3 jelozzzzzzz!” he wrote.

You can also catch up with the lovers in the video below.