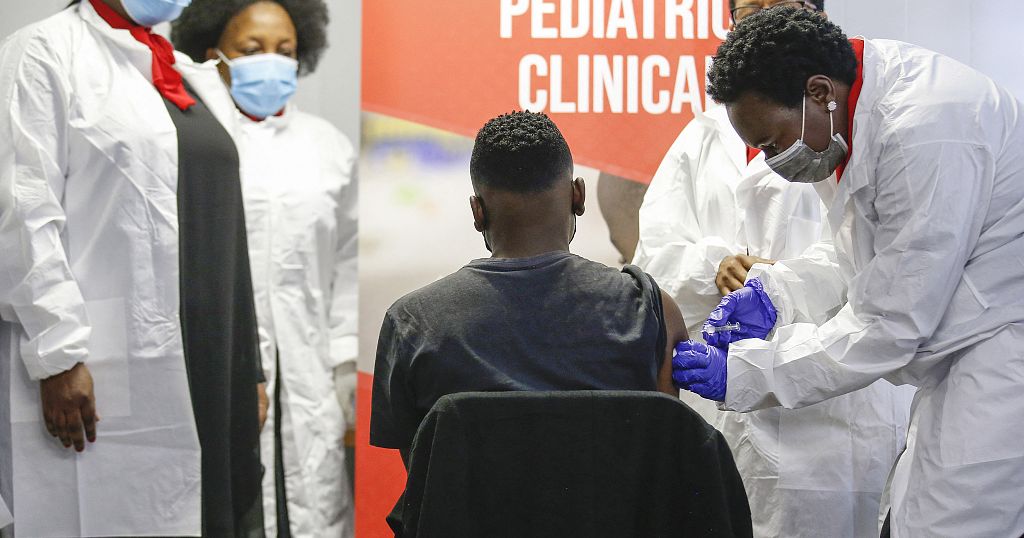 South Africa on Friday launched the main phase of a global Covid vaccine study on children and teenagers led by Chinese maker Sinovac Biotech, with the first two participants jabbed in Pretoria.

The study is testing the efficacy of Sinovac’s two-dose CoronaVac on 14,000 children aged between six months and 17 years in Chile, Kenya, Malaysia, the Philippines, and South Africa.

CoronaVac is approved for use among adults in over 50 countries. China recently cleared it for use in minors, where it has already been administered to millions of children aged three to 17.

South Africa, where vaccination has not yet been extended to under-18s, kicked off the study with two teenagers jabbed on the sunny campus of Pretoria’s Sefako Makgatho Health Science University.

“We see a lot of milder and less severe disease in children, but they still remain susceptible,” project director Sanet Aspinall told reporters at the event.

“They are… getting the infection and they are then able to transmit it to the rest of the population,” she explained, assuring the Chinese vaccine was safe.

US manufacturers Pfizer and Moderna have also undertaken pediatric trials of their shots, prompting several countries to green light them for children in varying age groups.

“Delaying the inclusion of children in the Covid vaccine trials delays our ability to contain Covid-19,” she said during Friday’s event.

Over a third of South Africa’s population is younger than 19.

The country has enrolled 2,000 participants in the study, carried out in collaboration with Sinovac’s local partner Numolux Group.

Sinovac is also in talks about setting up a vaccine production facility in South Africa to provide the continent with shots against a range of diseases, Numolux executives said.