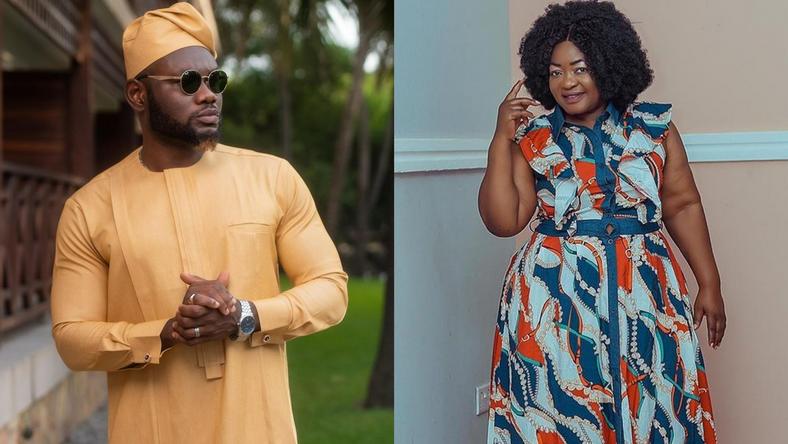 On Thursday, December 3, Christiana Awuni appeared on Accra FM where she expressed her disappointment in actors who stormed Ayawaso West Wuogon constituency early this week to campaign against fellow actor John Dumelo – who is contesting the parliamentary seat on the ticket of the NDC.

She further chastised Prince Davido Osei for using the NPP campaign platform to engage in politics of insults.

“I’m disappointed in Prince David Osei for saying he isn’t a fool to vote for the opposition,” she said. “If the opposition also responds in similar manner, it will lead to war. He should speak words of wisdom, peace and convince people to join your party.”

“How much were you paid to make such ill statement? He has to be careful because whatever has a beginning has an end,” she added.

But in his response, Prince David Osei took Christiana Awuni to the cleaners, saying she needs free education to comprehend politics and democracy.

He said he has the right to support any political party of his choice (because he isn’t the first person to do this) and that Christiana is ‘inciting unnecessary hate’.

“I really respected this woman but…all lawyers should then support Nana Akufo because he belongs to the law fraternity. Or Sammy Gyamfi should campaign for Nana because they both lawyers. How can I support two parties at the same time? This is why she needs free SHS to understand the meaning of politics and democracy…Abu Jinapor and John Jonapor are two blood brothers but one belongs to NPP and the other NDC….Does that make them enemies? No need inciting unnecessary hate. Everyone doing their thing as it pleases them. How many actors have been on John team helping him campaign? I will wait. Bunch of hypocrites,” he wrote on Instagram.