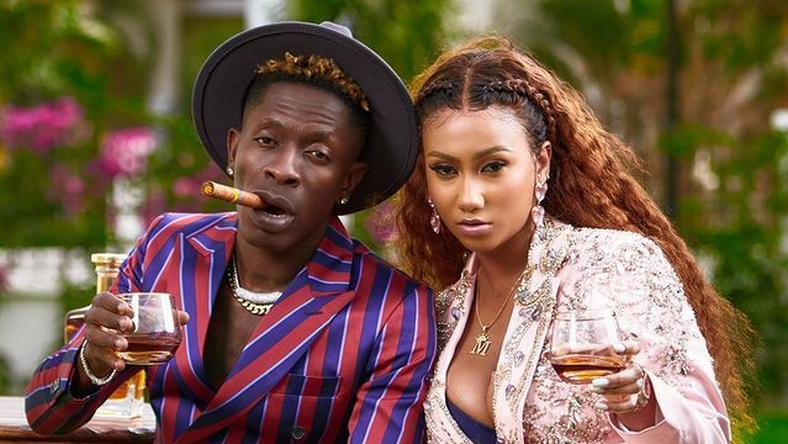 Early this week, Shatta Wale and Stonebwoy’s staunch fan Ayisha Modi engaged in a hot beef, dragging each other in the mud like never before.

During their heated beef which took the stage on social media, especially Instagram, Ayisha alleged that Shatta Wale had a sexual affair with his cousin while living with his baby mama, Shatta Michy.

Ayisha Modi stated with no evidence that Shatta Wale is fond of bonking the people he claims to be friends and family with, which includes Hajia4reall.

But responding to the allegations, Shatta Wale took to Instagram to clear the air, saying his friendship with Hajia4Reall is genuine and that there’s no ‘f**king’ involved.

He shared a never seen photo with Hajia4Reall and gave it the caption: “Our relationship is a genuine friendship without fucking”.

Shatta Wale and Hajia4Reall have been friends for some years now. The pair have always made their relationship clear to the public.

Shatta Wale has given her countless shout outs in his music and has also featured her as a vixen in his music videos.

Juliana Ofosuhene Of 2019 Miss Malaika Fame Details How She Was Scammed GHC1, 700 By MoMo Fraudsters