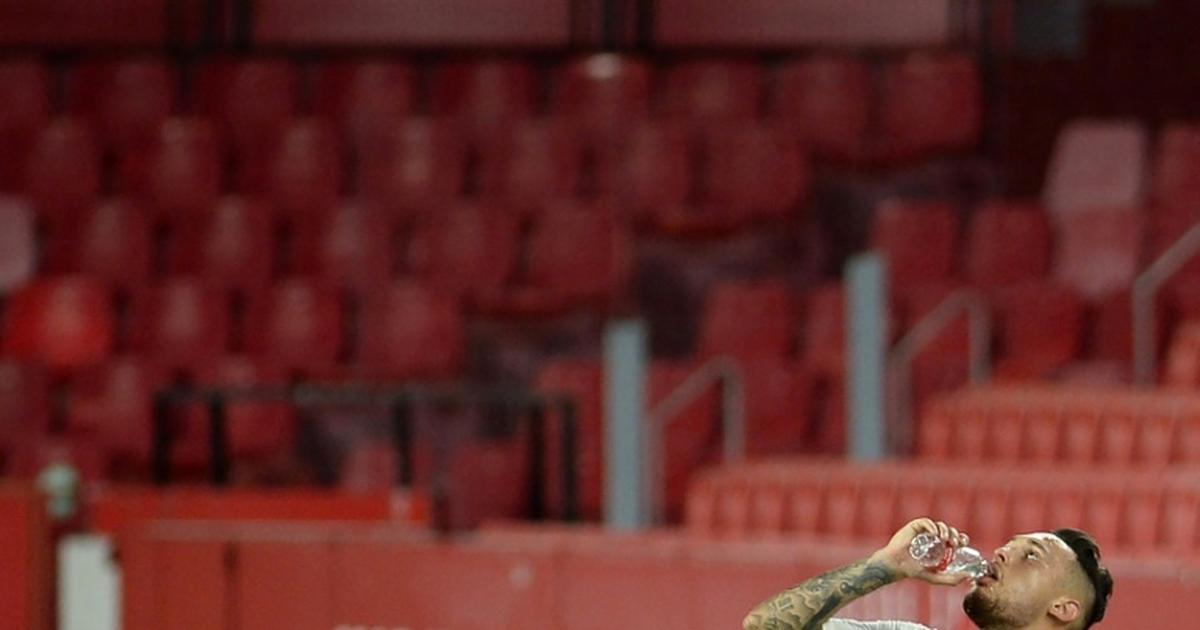 With three games left and the superior head-to-head, Villarreal are not mathematically out of contention but they would have to take maximum points and see Sevilla lose both of their remaining matches.

“We are very close and now we just have some small steps left to make it.”

Finishing in the top four would be an impressive achievement for Sevilla and their coach Julen Lopetegui, who took over last year following his nightmares in charge of Spain and Real Madrid.

Lopetegui, together with sporting director Monchi, oversaw a dramatic overhaul of the first team squad but change has not come at the expense of consistency for Sevilla, who are now 13 matches unbeaten in La Liga.

They could even yet finish third, given they sit level on points with Atletico Madrid.

They remain three points behind Alaves, who have a superior record head-to-head and a game in hand against Getafe on Monday.

“We knew winning here would send out a strong message. We couldn’t do it but we don’t stop believing,” said Mallorca’s Antonio Raillo.

Leganes are also three points behind Alaves but have a glimmer of hope after they scored one penalty and saved another in a battling 1-0 win over Valencia.

Javier Aguirre’s side have an equal head-to-head with Alaves and are only two worse off on goal difference.

Leganes also had to play the last 36 minutes against Valencia with 10 men after Jonathan Silva was sent off, shortly before Leganes goalkeeper Pichu Cuellar saved Dani Parejo’s spot-kick.

Ruben Perez had converted his own penalty in the first half to give Leganes the lead and a victory that keeps alive their slim chances of avoiding the drop.

“A few weeks ago people would never have dreamt we’d reach the last two games with a chance of staying up,” said Cuellar. “But we’ve never lost hope.”

They sit ninth, three points behind Getafe in sixth, having played a game more.

Cadiz’s promotion from Segunda was confirmed after third-placed Real Zaragoza lost 4-2 at home to Real Oviedo.