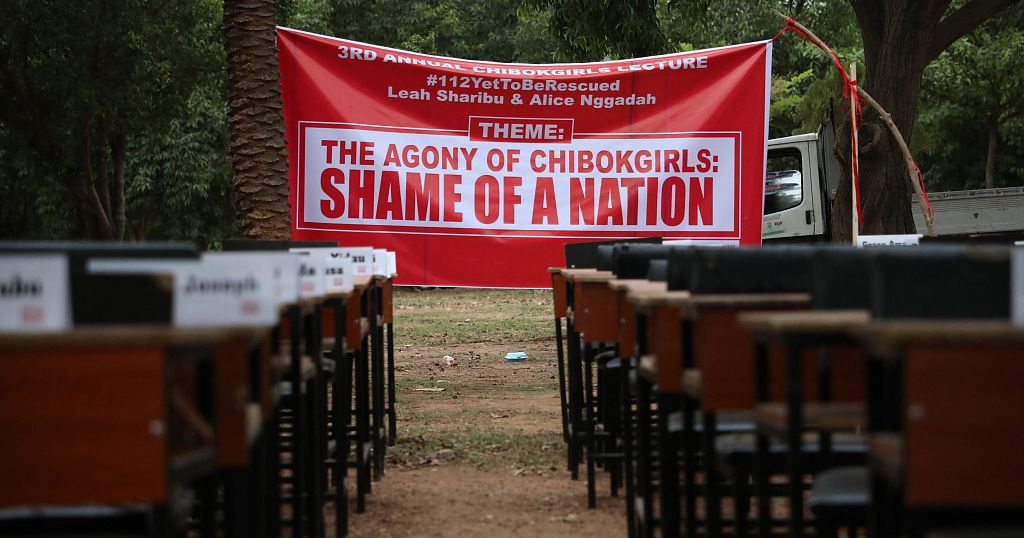 Parents and relatives gather for prayers at the Chibok school where hundreds of schoolgirls were abducted by Boko Haram jihadists seven years ago.

Several more mass kidnappings of schoolchildren have occurred in northern Nigeria since Chibok, resulting in hundreds of schools being shut in a region where the literacy rate and school enrolment are already very low.

On April 14, 2014, Boko Haram gunmen seized 276 girls aged between 12 and 17 from the Government Girls Secondary School in the remote town of Chibok in Borno state.

“Although most escaped or were later released, more than 100 girls remain in captivity,” Amnesty International said in a statement.

There have been at least five mass abductions of schoolchildren in northern Nigeria since December, and the threat of further attacks has led to the closure of about 600 schools in the region, the rights groups added.

“Whatever authorities are doing to tame this tide, it is not working,” said Osai Ojigho, director of Amnesty International Nigeria.

Following school shutdowns, many girls have been married off.

One 16-year-old schoolgirl told Amnesty: “Since many of my friends were kidnapped in school, my parents decided to give me out in marriage for my own safety.”

The UN Children’s Fund (UNICEF) estimates that about 10.5 million children between the ages of five and 14 are out of school in Nigeria.

“The Nigerian authorities’ failure to protect schoolchildren from recent attacks clearly shows that no lessons have been learned from the Chibok tragedy,” Ojigho said.